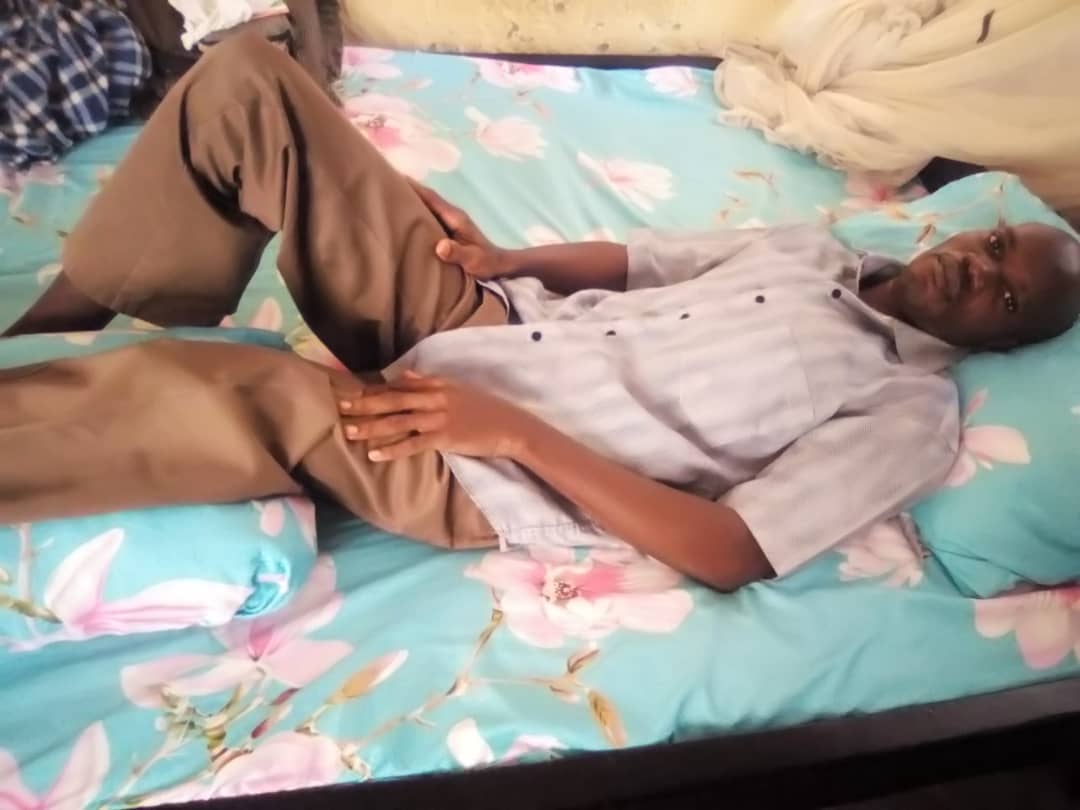 A Middle Aged woman, Mrs Blessing Tosin Oyeyemi, 38, has cried out to Nigerians to save her husband from untimely death.

The woman who said her husband Mr Blessing James Oyeyemi, 41, is from Imode town in Oke Ero LGA of Kwara State has been bedridden since 2016, unable to walk and work to fend for the family and that she needs about N14 million naira for the health challenge as requested by an indian medial facility.

The woman explained further on the travail of her husband and resultant impact on her entire family saying “My husband and I got married in 2010 when he was working at Intercontenetal Bank but he was layed off during the banks merger exercise in 2012.

He got another job as Asia MFB in Ogbomosho in 2013 and was transferred to Obajana in 2015 as branch manager.

In Aug 2016, he discovered he had waiste pains and cannot stand up ever since; we have been on it since then as he can neither walk nor do any work to cater for the family.

Medical diagnostics pointed out that his left femur head is withered and needs a replacement which can only be done at an Indian hospital, based on experts’ advice adding that such case cannot be handled in any Nigerian hospital.