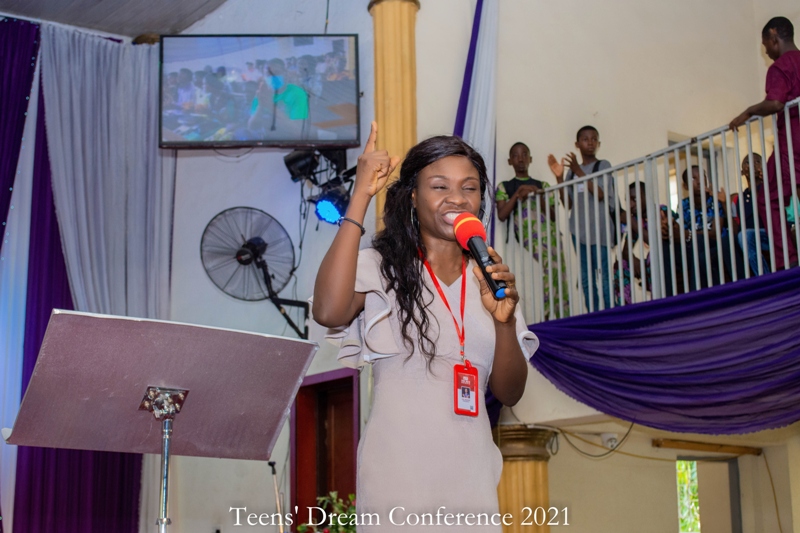 Teens group Coordinator, a Non Governmental Organization have charged Teenagers in the country to be fully prepared to take up leadership challenges ahead of them as their contribution towards correcting leadership failures of the older generation of Nigerian leaders.

This charge was made recently by a, Teens Dream Initiative (TDI), Modupe Joel during the first edition of the teen’s leadership conference in Ilorin, Kwara State adding that there is urgent need to train the teenagers ahead of a desirable better future for Nigeria.

Joel who also called on the younger Nigerian to work together to realize desired future of the Nation regardless of their religious and ethnic affiliations added that the conference was meant to change the orientation of the teenagers toward leadership.

She however expressed her believe in the ability of teenagers to make the long-awaited change for the country possible, imploring them to take their destiny in their hands and not accept being used as agents of destruction.

“It is glaring that many Nigerians have lost trust in the present crop of the nation’s leadership hence the reason for younger Nigerians to sit up and be prepared to correct all the identified errors for Nigeria to be great again.”

According to her, “the future belongs to those set of teens who are prepared to uphold the values and ethical standards of the nation and and not the destroyers who have no hope of a better tomorrow.”

Teen’s Dream İnitiative was established sixteen years ago and has since been raising teenagers who have grown into morally, sound and balanced adults, fairing well in their various capacity and chosen vocations.

As part of the NGOs activities for the sixteen years are The annual Teens Conference, The school tour, Just Girl’s conference, Boys Only conference, Teen’s Leadership Conference, counselling sessions etc.

Some of the participants at the conference expressed their readiness to effect positive changes in the country as they are determined to live by all they have learnt in the conference and appealed for the continuity of the conference.

See also Rise Up, musical video by Modupe Joel below