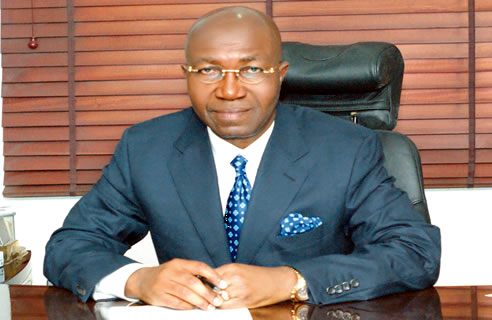 The anti-graft war of the President Muhammadu Buhari-led administration has continued to receive a groundswell of support with a Senior Advocate of Nigeria, Chief Wole Olanipekun,  urging the bar and the bench to shun corruption and unethical practices.

Olanipekun spoke on Tuesday at the Bar and Bench Forum as part of activities marking the 2017/2018 Golden Jubilee Legal Year in Lagos State.

In a keynote address entitled, “Promoting a Pace-setting and Productive Judiciary in Lagos State”, Olanipekun admonished judges and magistrates to be sober, impartial and God-fearing in the discharge of their duties.

“Your Lordships are not only expected to be impartial, but decent, courteous, fair, sober, reflective and God-fearing.

“In my honest opinion and I want to believe that many Nigerians share this humble thought of mine, a judge has no business being corrupt or corrupted.

“A judge should not be influenced or be compromised by other factors or nuances other than the law and facts of the case placed before him,” he said.

He said:“Can the pacesetter status of the judiciary in Lagos State be enhanced if our judges have to work with miscreants, saboteurs, rogues, infidels, criminals, touts and delinquents as registrars, court clerks, bailiffs, sheriffs, personal assistants etc?

“A judge alone does not constitute the court, but a court is constituted by the judge, counsel, registrars of all cadres, bailiffs, secretaries etc.

“A judge does not know whether any of his aides, registrars of any lawyer has been using his name, title and office to collect bribes purportedly meant for him from litigants.

“Examples are legion, but the fact remains that no judge is a knight-errant and no judge or human possesses the attributes of God, who alone is omniscient and omnipresent.

“Any of these staff of the judiciary who have been caught engaging in any unscrupulous activity aimed at tarnishing the image of the judiciary, or bringing it into opprobrium, should not be treated with kid gloves.”

Olanipekun, however, decried what he identified insufficient judges overburdened with adjudicating thousands of cases in courtrooms in the state compared to their counterparts in the Federal High Courts.
Source: NAN