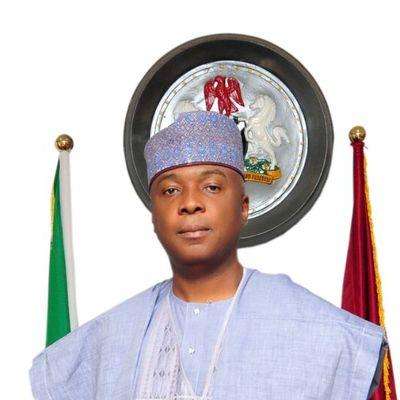 The President of the Senate, Dr Abubakar Bukola Saraki, has called for the urgent review of the nation’s tax laws, to achieve a more efficient and productive tax regime.

Saraki gave the advice on Wednesday while inaugurating the Technical Committee on Reforming Nigeria’s Tax System at the National Assembly, Abuja.

He said the Federal Government’s target should not only be that of increased revenue, but how to evolve a tax system that would be efficient.

According to a statement by his Chief Press Secretary, Mr Sanni Onogu, Saraki said Nigeria should adopt a productive tax system, to grow her economy.

He also lamented the existing duplications in the current tax regime and called on the committee to harmonise the various tax instruments in the country.

“It is not just to increase revenue alone; I think it is also to address how efficient and the level of harmonisation of taxes across board, particularly as we operate a three tier system of government.

“One of the difficulties or frustration you find from business people is where they have to pay similar taxes at the local, state and federal levels.

“This at the long run makes business unproductive. I hope that at the end of the day you should have an approach that will bring in a system that is efficient.

“A system that reduces all these barricades and the different challenges on the ease of doing business,” he said.

He also called for the expansion of the technical committee to include major players in the private sector.

According to him, “It is better to engage and get their input rather than giving them directives during the implementation of the expected reforms.”

“We need to engage them rather than just giving them directives. I think there is the need for the committee to expand its membership to include stakeholders from the private sector,” he stated.

Leader of the Technical Committee and Director-General of the National Institute of Legislative Studies (NILS), Prof. Ladi Hamalai, said the outcome of the committee’s assignment would ease payment of taxes.

“The expected report and pieces of legislation from the work of this Technical Committee will harmonize the various disparate legislations.

“It would also facilitate the ease of paying taxes in the country and at the same time, impact on the overall ease of doing business,’’ Hamalai said.

Members of the committee include representatives of the Federal Inland Revenue Service (FIRS) and Manufacturers Association of Nigeria (MAN).

Others are Nigerian Association of Chambers of Commerce and Industry, Mines and Agriculture (NACCIMA) and state commissioners of finance.