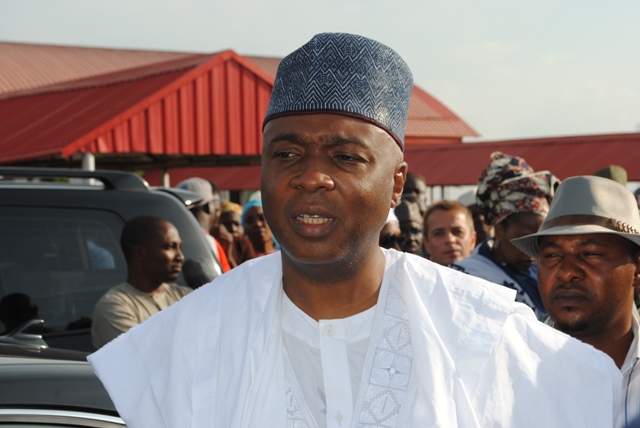 Senate President, Dr Bukola Saraki and Kwara State Governor, Alhaji Abdulfatah Ahmed are among eminent Nigerians billed to grace the presentation and launch of a book in commemoration of Kwara’s 50th anniversary next week.

According to a statement by the Editor, Dr Abdulwaheed Musa, the book launch will hold on Tuesday, 24 April, 2018 at the Banquet Hall, opposite Government House, Ilorin by 11 am. The Vice-chancellor of Kwara State University, Prof. Abdulrasheed Na’allah is the special host of the occasion.

Musa said that the book will be reviewed by Professor Kamil Kayode Kamaldeen, who is the Country Director, United Nations Development Programme (UNDP), South Sudan.

The foreward of the book was written by Professor Ibrahim Agboola Gambari, Chancellor, Kwara State University.

According to the editor, “Kwara at Fifty: Achievements and Aspirations” is a book that examines the achievements of the state over the last fifty years and looks towards its aspirations with topics ranging from governance and administration, civil service, legislation and legal profession, investment and economic development, education and health service delivery to sports and youth development in the State.”

He added that “Kwara at Fifty book strikes a balance between honest self-appraisal of weaknesses and appreciation of strengths. It is difficult not to be impressed by some of the achievements that have been made. Kwara of 2017 does not bear any semblance with Kwara of 1967”.

“Kwarans have made indelible marks in government, sports, law, business, education and entertainment, and are proud of their state and the modest achievements since its creation especially in peace and security, education, aviation and agriculture” he said.