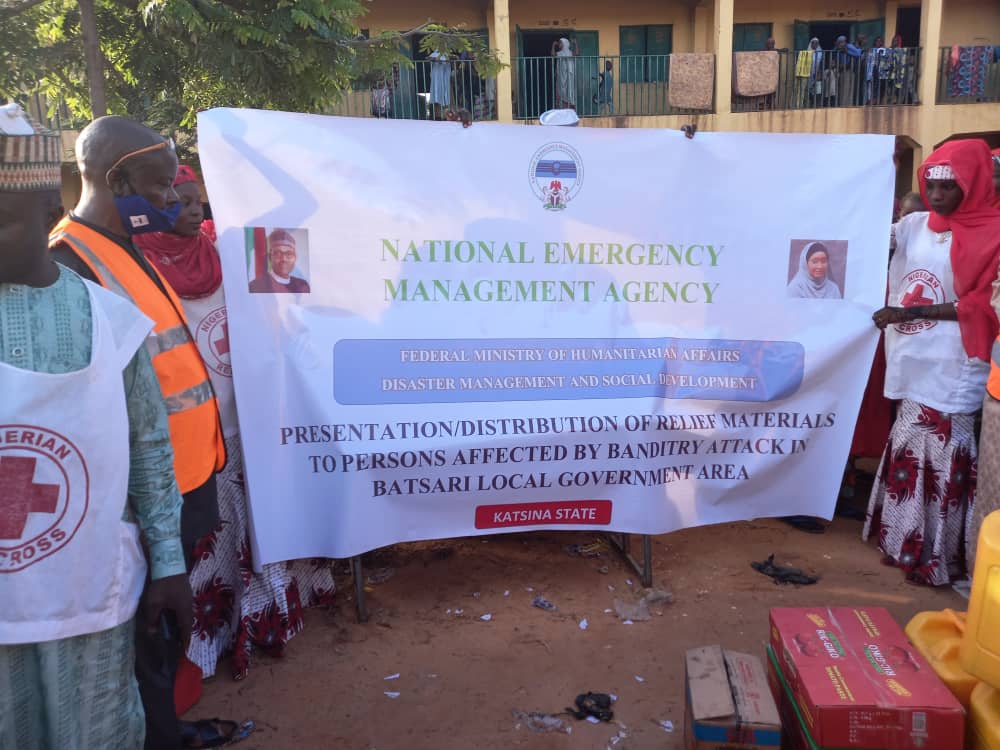 The Federal Government, through the Ministry of Humanitarian Affairs, Disaster Management and Social Development and the National Emergency Management Agency (NEMA) has distributed relief materials to Internally Displaced Persons in Katsina State.

In addition to the relief materials, the National Emergency Management Agency (NEMA) also provided five cows to celebrate Sallah with the IDPs in the camp.

The items were distributed at the  Batsari Model Primary School in Batsari Local Government Area of the state,where the IDPs are camped. 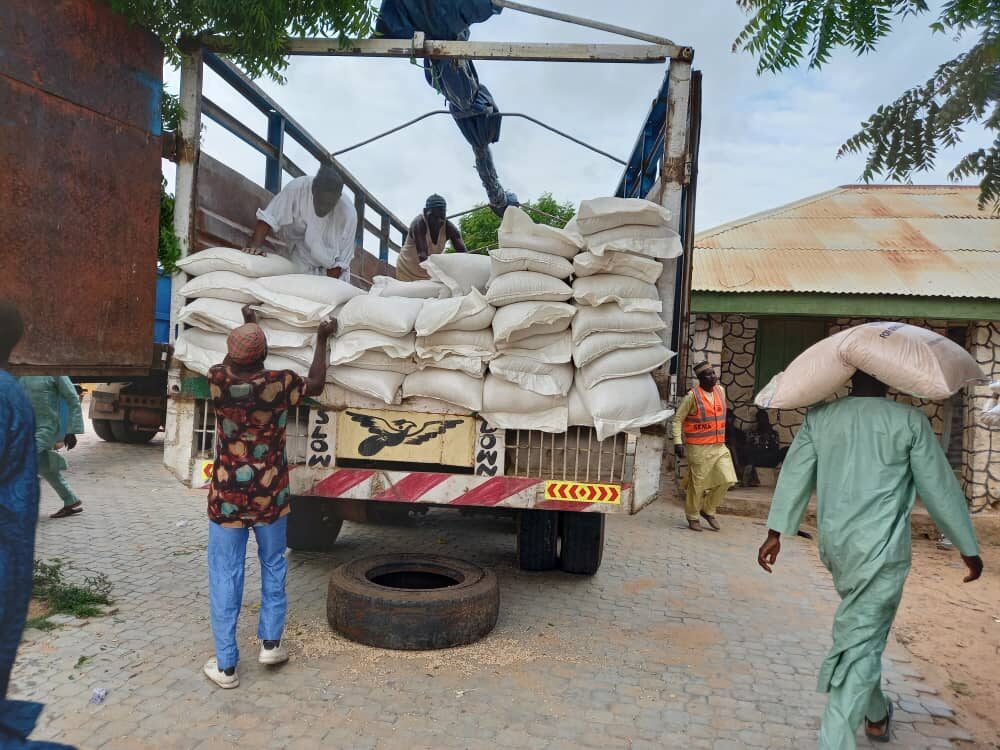 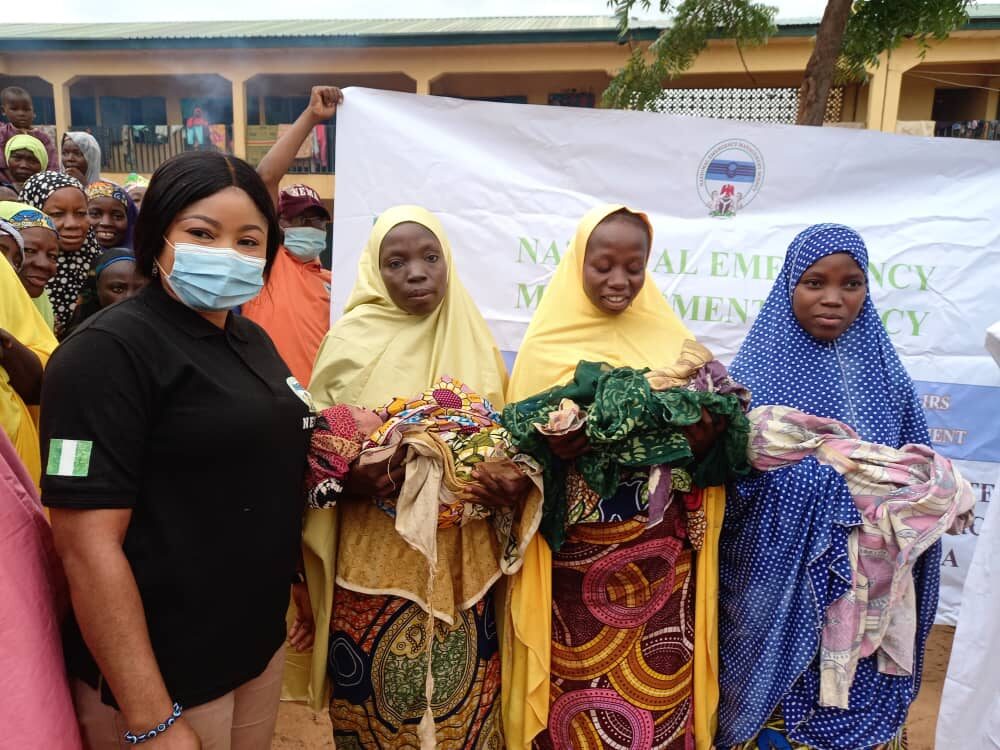 AVM Muhammadu Mohammed (Rtd), Director General, NEMA, while flagging off the relief distribution on Sunday, in Katsina, said that the food and non food items were meant to provide succour to the people who were displaced due to bandit attacks.

Mohammed, who was represented by Mr Godwin Tepikor, Assistant Director Relief and Rehabilitation, NEMA, added that the items were sent to enable the displaced persons celebrate the Eid-el-Kabir happily.

“We are here with these items, as part of the Federal Government’s commitment to provide succour to persons affected by bandit attacks in this camp and also to slaughter these cows so that together, we can celebrate the Eid-el-Kabir with them,” he said.

He however, charged officials that will be in charge of the distribution, to do so with utmost transparency and fairness to all displaced persons.

Mr Kabiru Umar, Camp Manager, Model Primary School IDPs camp, Batsari, commended the Federal Government and assured that the food items would be judiciously used for the upkeep of the IDPs.

The camp which has no fewer than 3,600 IDPs presently in the camp, witnessed the birth of five newborn babies, comprising of four girls and a boy, between July 31 and August 1.

A mother of one of the babies, Maryam Abubakar, appreciated the Federal Government for the donation.