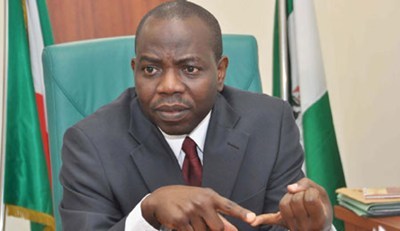 Kwara chapter of the Peoples Democratic Party (PDP), has condemned the move by the State House of Assembly to ban all live programs on radio stations in the state.

Dr Rex Olawoye, state Publicity Secretary, who said this on Thursday in a release issued in Ilorin declared that the State Government and the Assembly were jittery of PDP’s growing popularity through its weekly radio program.

“The House of Assembly now appears very jittery over the performance of our great party in its bid to positively change the face of politics in Kwara.

“The heat from us; the opposition is so intense that the KWHA which has all its members from the All Progressives Congress (APC) needs to be employed to come to the rescue of their party’s government in Kwara State,” he said.

Olawoye said the state government has made many attempts in the past to scuttle the PDP program on radio, which he said has made a positive impact on the political education and enlightenment of the people of the state.

“The first attempt to stop our program on radio was when they reported the PDP Publicity Department to the Kwara State Police Command alleging that PDP was inciting the people against the government and at the end, police investigation proved their claims negative. 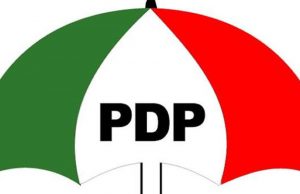 “Secondly, the PDP political group was openly attacked, during a live program by rented hoodlums using lethal weapons like guns in a broad daylight confrontation.

“The government which denied its involvement at the time has now come up with another strategy,” Olawoye added.

Olawoye declared that the party’s weekly radio programs have awakened the consciousness of the people of the state.

He also said the program, apart from criticizing the government, has rendered alternative solutions to government’s own stands on a number of issues to the admiration of the populace.

Olawoye reminded members of the House of Assembly that the nation’s constitution guarantees freedom of expression to every Nigerian irrespective of creed and political leaning.

“It amuses us in the PDP that that KWAHA wants to assume the role of the NBC who has the power to censor activities of broadcast media institutions,” he said.

The PDP spokesman, therefore, reminded the House of Assembly that it cannot alter the constitutional provision on freedom of expression and gag PDP from expressing its mind.

“This approach cannot certainly salvage the APC sinking ship in Kwara State, the House of Assembly resolution on the issue at stake is draconian and against the will of the people of the state.

It may be recalled that a member of the House of Assembly, Hon Kamal Fagbemi (APC, Okeogun) moved the motion to stop live political program on radio.

The motion titled: “the need for all broadcast stations in Kwara to comply with the NBC codes and regulations” if passed into law will ban any political parties from making reference to the activities of other political parties in order to allow peace to reign in the state.