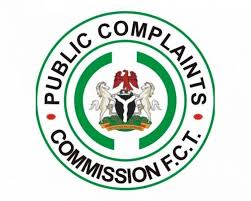 The Chief Commissioner, Public Complaints Comission (PCC), Mr Chille Igbawua said that the commission had resolved 45,412 complaints from 2018 to 2020 as part of improvement introduced on assumption of office in May 2018.

Igbawua made this known in Abuja on Wednesday at the end of a two-day plenary meeting with commissioners of the 36 states and FCT.

He said that commission on assumption of office put to use a five- year strategic plan which had encouraged patronage of the commission in line with international best practices..

” This improvement in the figures are as a result of the fact that we were able to elicit more responses from institutions and agencies that are supposed to respond to complaints.

” It has also given awareness to institutions on the need and the legal burden on them to response to PCC whenever enquiries are made. In addition to that, we had to do some improvement by doing some restructuring.”

He listed other areas as strengthening the existing two departments of investigations for effective handling of cases.

He said the other restructuring include abolishing the office of Directorate of special duties and creating the department of public relations, foreign support and inter agency collaboration.

” The problems the commission faced was that the commission was hardly known by Nigerian so we took the steps to sensitise the public to offer free services to Nigerians and non- citizens who are residence of Nigeria.

” Within eight months of assumption, We also have reintegrated the Ombudsman into the African and Global Ombudsman Community.”

Igbawua was however worried about the poor response to official communication by public officers saying that this slows down tackling complaints.

He also called for review of salaries of staff of the commission saying that the commission was the least paid in terms of remuneration among all the agencies of government tackling corruption.