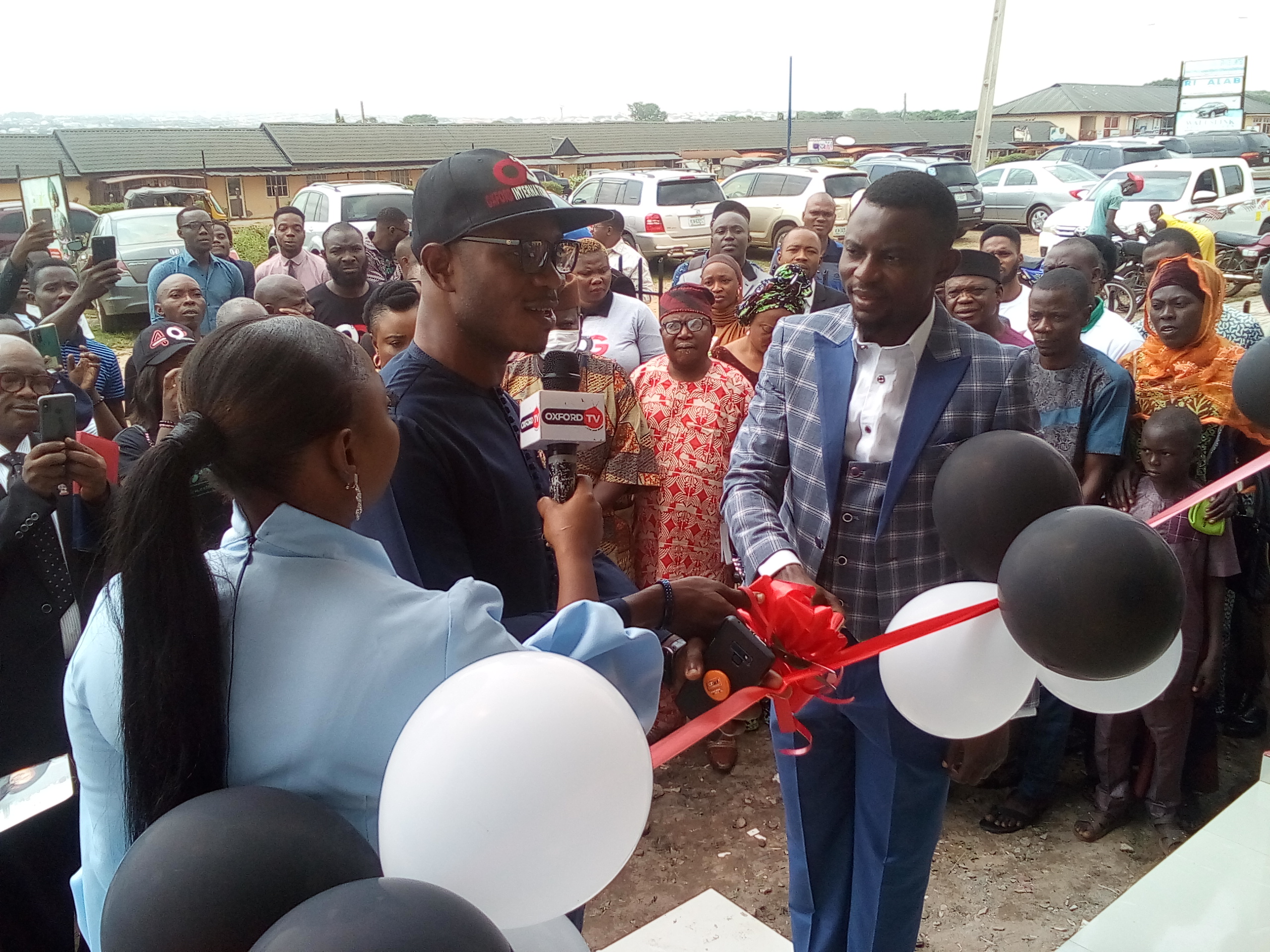 An Indigenous multinational investment group, Oxford International has berthed in Ilorin Kwara state to tap into the fertile lands in Kwara state, and to open the business world seeking collaboration with Kwarans to better the life of the people.

This is exactly the words of the Executive Director, Marketing, Oxford International, Goodluck Olatunde Precious while introducing the company to our correspondent on Wednesday during the launch of Ilorin office.

Goodluck said that the feasibility studies that brought Oxford International to ilorin pictured an economically viable environment which turns true to expectations.

He explained that several clients from Kwara had been part of the project Haven joined on-line not minding the risk of partnering with unknown organization and that now that Oxford is in Kwara, the doubts are now removed.

“One of our clients Mrs Aare saw our website on line, courageously took the risk and joined. She paid into our account, conquering fear of being conned, but at the end of the day, she made profits and brought in more people on board.

“I cannot say that we are the only company doing what we do, but we are somewhat different.  Our sincerity and avowed commitment stands us out”

Another speaker, Prince Afeez Abubakar stated that Oxford International was established not quite six years, precisely 2016 from a room apartment and with unbelievably zero capital but a clear vision.

Abubakar emphasized the need to have multiple streams of income as an antidote to falling a victim of the present economic down turn which is not peculiar to Nigeria but more rampant in Nigeria.

He said that his company has come to embark on human capital development by engaging the people of Kwara to understand the Dynamics of having multiple streams of income which has benefitted the company and the company in return being of benefit to others.

He further hilighted the various diversifications embarked on by the company including Real Estate, Agriculture, Banking & Finance, Petrochemicals, Hotels and Hospitality business and some other areas.

Abubakar who is the head of management of Oxford and arrow Head, kwara added that Oxford also partners a prominent insurance company, Lead Way Assurrace to overcome possibility of unforseen risks and reduce inevitable risks.

He said that the mission and vision of the Oxford managers is to plant the company in every of the 36 states of the federation and as well have enough product that least every household would need to patronize, adding that if that happens, it will translate to more income for the company and more returns on investments to the the investors.

Testifying to the profitability of investing with Oxford International, a retired Airforce office, Ajakaiye Musa narrated that his partnering with Oxford gave him more than what he worked for in his 35 years of serving in the military.

He said, “When the company was introduced to me by a Pastor friend, shortly after I retired, I was a bit hostile. I heard agonizing stories of people who were swindled by Ponzi scheme and others, I never gave a listening ear but he persisted and gave me a flier, which I read and digested.

“Without any further persuation, I headed to their Gowon Estate office, with the intention to invest a trial token amount but when I saw people investing millions, I changed my mind and gave in N2m, two million. Today, I must tell you that it’s a success story. I wish I had met them years before now.”

Another testifier, Mrs Mary Dupe Aare, an ex Banker and seasoned cooperator also explained that she first saw details about Oxford online and decided to give it a try beating in mind that if it turns a loss, she would bear the pain in secret but at maturity date, it was an undeniable testimony.

“I got my interest paid straight into my account as if I was dreaming. The surprise was that I was issued a deed of contract and a post dated cheque duly signed at the start of the deal. On the due date, they called me that I should make a choice between going to cash my cheque of give an account into which they can credit the fund. Since then, I have been telling people about Oxford and now people even call me Mama Oxford.”