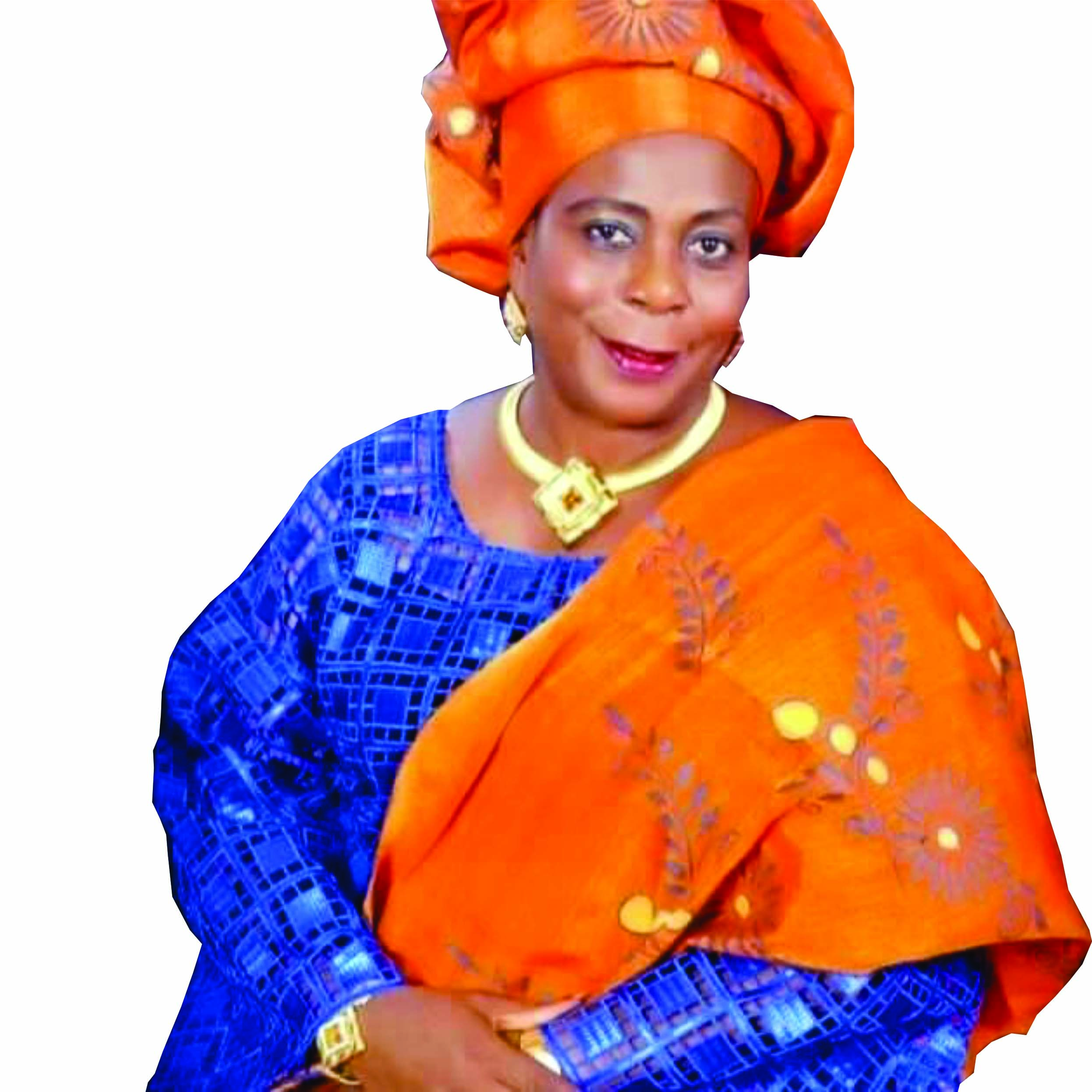 Over the years, many Nigerians fail to understand what leadership is all about and the role of the people in who turns out to be leader. In a true democracy, power belongs to the people. No matter the nature and deficiency of the people, their opinion matters in a true democracy. In the words of  a social psychologist, Joseph de Maistre: “In a democracy, people get the leaders they deserve.”  If one may expand on this better, it simply means that since democracy gives power of leadership choice to the people, whom the people vote in as their leader is the aggregate of who they are as a people.

Ekiti State, being projected as the fountain of the educated in Nigeria, where it is reputed that every family can boast of at least one professor, must have more to show for these, than what the state is today. In Ekiti State, you can only earn respect when you are seen to be resourceful, educated, hardworking and productive. The state’s main investment is education of its people and these people in turn fetch the state sufficient income; meanwhile it’s an industry waiting to be harnessed across the country.

Ekiti State Government House requires a capable, rugged and determined personality loved by the people. A knowledgeable and resourceful person is expected to be the one who occupies the exalted seat as Governor there. “Leadership is not a person or a position. It is a complex moral relationship between people based on trust, obligation, commitment, emotion, and a shared vision of the good,” as Joanne Ciulla, Author and Educator puts it. The people must first trust the leader with power, then the two parties share common ideas and vision.

Before Biodun Olujimi came into politics, she has a strong vision for Ekiti State. As a matter of fact, Government House is not a place that should be occupied by just any idiot, simply because he or she has good control of high population. As stated above, a moron with larger population will ruin governance in a state. A Government House is synonymous with a place to be literarily called Mother’s House.

The seat of government is where all citizens are catered for and their welfare taken care of.  Government is the aggregate of the poor, the average, the rich and the well-to-dos in the society. The society is made up of primarily a large population of poor masses, most of who have been impoverished by the system and desperately in need of relief.

Over the years, studies had shown that most persons who occupy the seat of governance do not really understand what it means to be poor. How will someone who doesn’t understand poverty know how to take care of the poor, budget in favour of the poor and plan a better future for the poor?

Biodun Olujimi did not grow up with silver spoon in her mouth; she passed through the early childhood stage of struggle towards self development and accomplishment. She had seen the other side of life, as a struggling and hard working teenager. She got her first job at the tender age of 14, when she served as a shop assistant in a fabric shop in Lagos.

Biodun, then as a meticulous, vision-driven young teenager, had to save out of the little income she was earning towards a future that she embraced by faith. Then she hoped to return to school as well as assist her parents with the school bills for seven (7) siblings. She had her early education at Our Lady of Apostles Secondary School, Ibadan, Oyo State. She later obtained a Diploma in Journalism from the Nigerian Institute of Journalism and then went further to get a degree in Political Science and a Postgraduate Degree in Public Relations and Marketing from the University of Abuja. She also holds a certificate in Information Technology with emphasis on Web Development from Michigan State University, USA.

Her adventure into politics stem from her desire to serve her people and bring them out of poverty into a life of self sufficiency, a better life worth living. Her first shot into politics began in 1997 as the National Publicity Secretary of the now defunct NCPN and subsequently joined the All Peoples Congress, APC, when NCPN was dissolved as she eventually became the National Publicity Secretary of the party.

Driven by discipline and strong principles, Biodun Olujimi later joined the Peoples Democratic Party, PDP, in 2002 where she had by grace of God attained heights that only grace was the explanation. As her political career brightens more and more, she was appointed Special Assistant to the Executive Governor of Ekiti State in 2003 and was later elected to the National Assembly. In 2005, she became the Deputy Governor of Ekiti State serving the state with Governor Ayo Fayose. Mrs. Olujimi became Commissioner for Works and Infrastructure in Ekiti State in the regime of Governor Segun Oni as well as Director of Women Affairs for Goodluck-Sambo Campaign Organisation at the 2011 General Elections. She is widely respected for her deep thinking that breeds good outputs, political courage, and relentless persistence in her drive to ensure good governance is cascaded to the grassroots. She was later nominated onto the Board of the NCC by His Excellency Dr. Goodluck Ebele Jonathan in late 2011.

In the 2015 elections, she contested for the Ekiti South Senatorial District and won on the platform of the Peoples Democratic Party.

Biodun Olujimi is a wife and mother, happily married to  Chief Ariyo Olujimi, a flawless relationship that has lasted 32 years, blessed with Children and Grand-children. As a mother, Olujimi, have gotten the requisite know how on building a home and keeping it for so long, a feat that most women in her class could not achieve because the virtues with which to summon courage to move on are lacking in many.

As the balancing factor in the crises-ridden PDP in Ekiti, Biodun Olujimi is factor to reckon with in having amicable resolution.

Her aspiration on the platform of the Peoples Democratic Party (PDP) came as a surprise to many observers of the politics of the state given the outcome of the recent struggle for the soul of the party.

A former Ekiti State PDP chairman, Chief Gboyega Oguntuase, said recently that her governorship ambition will solve the internal wrangling in the party in the state and ensure the party’s return to Government House through the ballot in 2022 election.

Her aspiration is a display of courage and determination to lean on the power of the people as she doesn’t see the myriad of opposition to her adventure but focuses on the power that the people can wield with their will.

Having been on the terrain of governance, Olujimi is the only lawmaker who sponsored a people-oriented bill, against the parochial interest of the bourgeoisies, a bill that seek gender equality  presented at the floor of the house but voted out by bourgeoise lawmakers and was not allowed passage to second reading. If the bill had scaled through, it would have achieved the purpose of bridging the gap between the rights of men and women in Nigeria, put an end to questionable and unpleasant gender based stereotypical practices that drive discrimination.

She is a woman and a mother, seeks freedom for women folk such as freedom of movement, female economic activity, girls’ access to education, and equal rights for women in marriage, divorce, property/land ownership and inheritance, appropriate measures against gender discrimination in political and public life and prohibitions of violence to women. Given the desired opportunity, Biodun Olujimi will govern the state as a virtuous woman defend her home, cater for it and do all within her capability to ensure that all her subjects, especially women and children, enjoy dividends of democracy.

In her little space, Olujimi has empowered many indigenes of Ekiti State and people in her constituency not in areas of her choice but through a dialogue with the people at town hall meetings to know what they desire and eventually provide for them. Olujimi is reputed as the only Senator and politician who frequent the state and mix with the people most, indicative of her love for and believe in the people.

Olujimi is no doubt a grassroots politician who attained her present height through her personal experience of being brought up from the grassroots, where culture, tradition and essence of being Ekiti is well defined and valued.

Ekiti people are intelligent, visionary and purposeful; they need an intelligent, visionary and purposeful leaders, a quality that Biodun Olujimi, a Senator of the Federal Republic is endowed with in grace measure. As a woman, she is free from the challenges that limit men while in office. With due apologies, most men chase after beautiful ladies and spend their nights at the library of infidelity, feigning enjoyment, but Biodun Olujimi as a matured mother, will burn candles at both ends, night and day as she often does to solve the challenges of Ekiti people, at least people in her immediate constituency, a     net which will be expanded cross the state when given the state to govern.

Undoubtedly, she has been involved in several empowerment initiatives, road construction, scholarship and uplift of artisans. She enjoys good relationship with members of the media. The road to attaining PDP ticket might be a task but it is believed that Ekiti people knows her value and would ensure that history is made towards building a greater state, which will be pride of the Yoruba speaking people of South Western Nigeria.