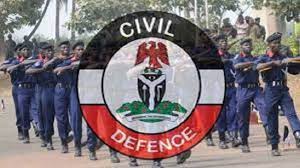 The prosecutor, Ajide Kehinde told the court that there was no more evidence to prove against the defendants, saying “I do not have much to say today”.

In response, the Defence counsel, Oyekanmi Isijola entered  a ‘No Case Submission’, in line with section 307 of Kwara state Administration of Criminal Justice Law, 2018 premised on the submissions by the prosecution counsel and persistent non appearance of a principal witness on the side of NSCDC in the ongoing matters.

However, Ajide prayed the court to dismiss the defendants’ counsel no case submission request placed before Magistrate, Ibrahim Dasuki.

Isijola added that the court should enter the case as ‘No Case Submission’, in line with section 307 of Kwara state Administration of Criminal Justice Law, 2018.

In view of that, Magistrate Dasuki said that in the absence of evidence against the defendants, the court will make ruling on February 7.

You will recall that the NSCDC had since January 2021 brought charges against the two Pastors, Olumide Peter and Jesulayomi Adetola of Evidence of Christ Fellowship International Church before the Ilorin Magistrate Court that bothers on criminal conspiracy, unlawful assembly, accepting money from a foreign based organization, wrongful confinement and putting person in fear of injury in order to commit extortion.