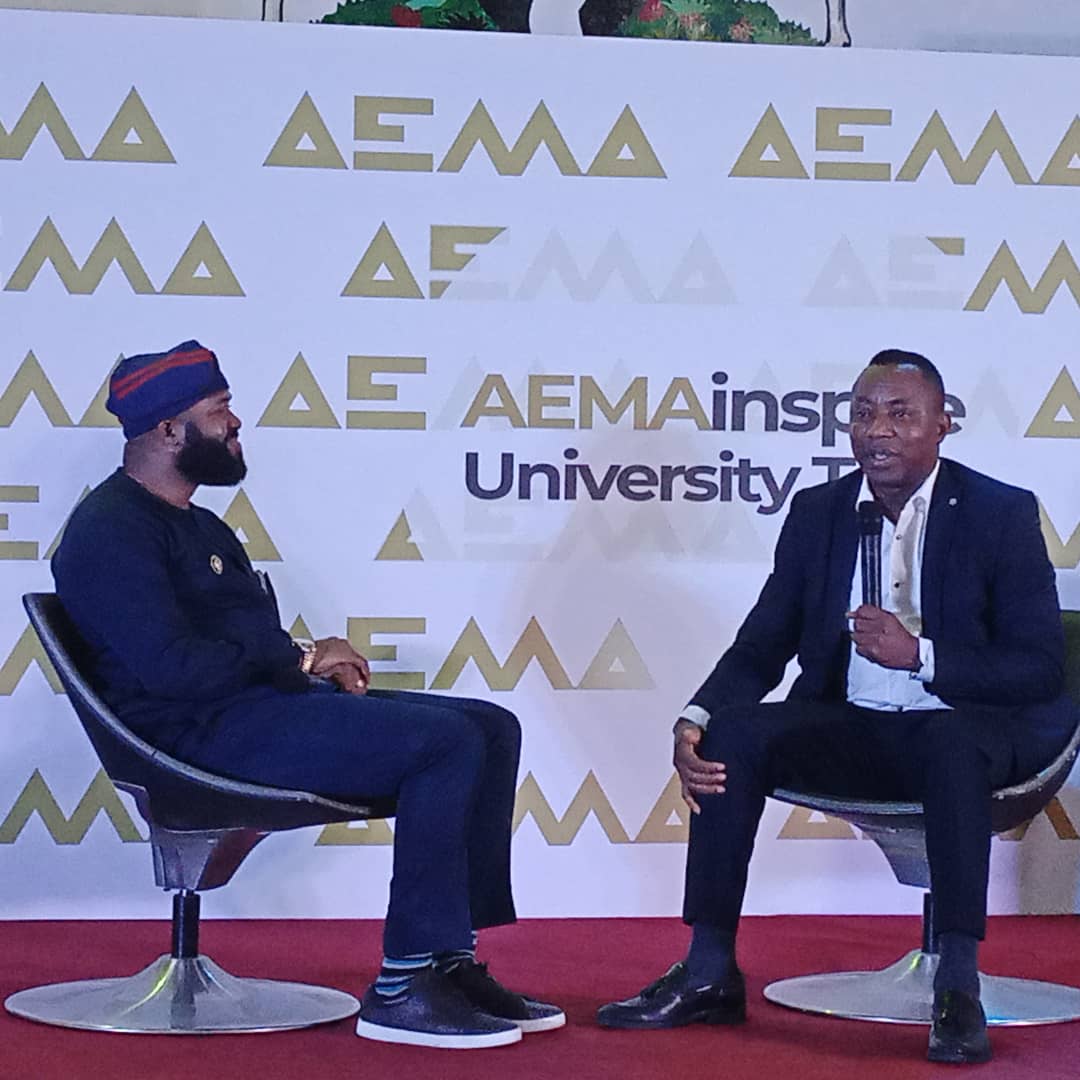 The African Economic Merit Award (AEMA), a Non-governmental organisation (NGO) has launched its maiden edition of the university tour to inspire students pursuing their careers in areas of entrepreneurship.

Speaking with journalists on the sidelines of the event at Baze University in Abuja on Tuesday, the founder of the organisation, McEva Temofe said, AEMA was poised to advocate for youth inclusion in the country’s economy through its series of developmental programs.

The theme of the university tour is: ‘Revamping the Nigerian Economic System for a Secured Future’.

Temofe, said that the programme was organised for university students to inspire them to key into entrepreneurship rather than waiting for white collar jobs after graduation.

He added that the organisation was planning to visit all universities to raise their consciousness on the need to get interested in the 2023 elections.

“Today, we launched AEMA inspire university tour as we will be going to different universities to inspire young Nigerians to pursue more of their career in entrepreneurship.

“We are bringing together people from the agro industry, the technology industry and other industries as well to use their voice to inspire these young people and for them to be huge contributors in the Nigeria economy and Africa as a whole.

“We believe that the young generation we have today has to be part of the movement for a better economy and also create huge awareness for them to participate in politics, governance for us to have a good government in Africa and in Nigeria.

“And for you to participate in politics, you need good education to go into the labour market to contribute to the economy so that we can have a better and secured society,” he said.

Also, a Human Rights activist and a pro-democracy campaigner, Mr Omoyele Sowore has identified investment in education as the only way to grow the country’s economy.

Sowore, who is also a presidential candidate of the African Action Congress party in the 2023 General Elections, made this known in Abuja on Tuesday at the 2022 African Economic Merit Awards (AEMA) Inspire University Tour.

He said that the world had moved to another level as a result of transforming their educational system, saying that Nigeria must at this time take a cue from them to grow the country.

According to him, advanced countries keep transforming and transiting from one policy to another as they evolve and it takes a lot of brain power to understand when the world is changing.

“We must invest in education. I am no longer interested in basic education because it is not going to take Nigeria anywhere when my kids are using laptop in primary five.

“Basic education does not provide laptop, in fact the basic education laws, processes and policies that were put in place did not take into consideration technology.

“We are going to go into advance education; we want to see classrooms all over the country that are virtual where we cannot have physical blocks and where people can learn. That investment will mean a lot more later,” he said.

Sowore said it was necessary for the country to go into high level production mode and as well bring on board young entrepreneurs that would have to compete in business thereby growing the economy, but stressing that corruption must be addressed.

He, therefore, charged the youths to come alive, speak out and vote the right candidates of their choice that would transform the country and make it conducive for businesses to thrive.

“The debt to GDP ratio is unbelievable, we are borrowing to pay salaries people can’t feed, there are no hospitals, the security situation is so bad, even our oil, we are exporting less than half of what should go out because of insecurity.

“I have identified areas that must be immediately taken care of and one of it is that you can’t have an economic base without electricity.

“You don’t need to go to school for you to know that for you to kick-start your economy, you must have in place an energy production rate that will be able to power big and small businesses and that is not the only cost alone you have to deal with.

“You also have to deal with security of course and clean up the system of corruption because it remains a major problem,” he said.