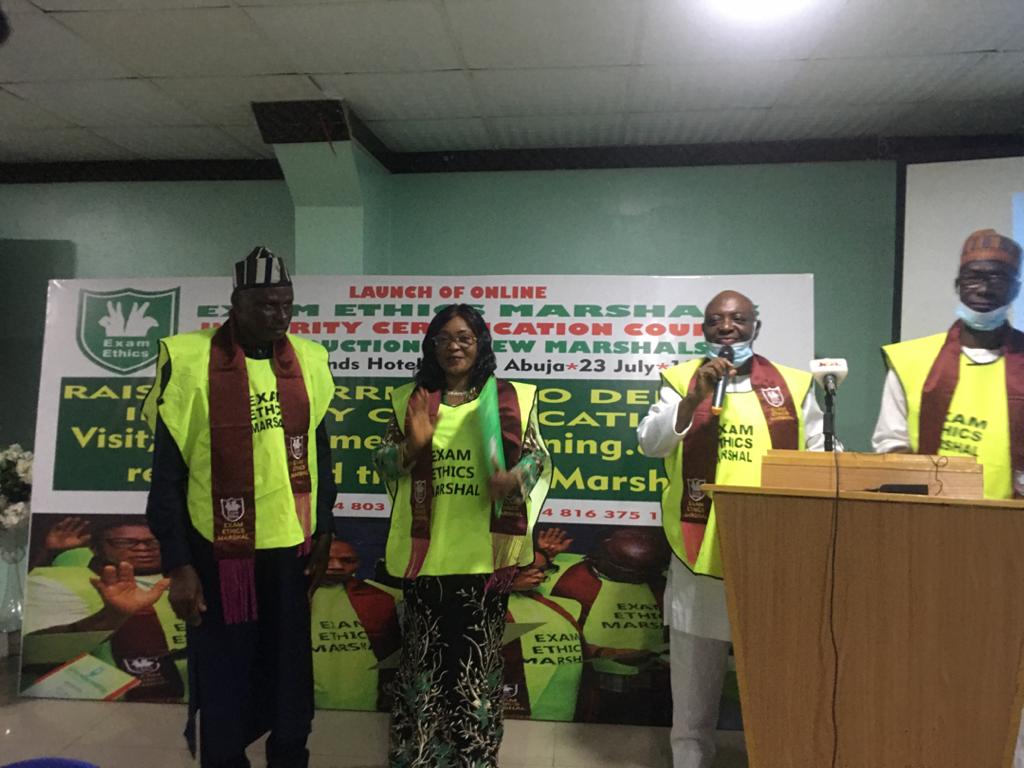 Exam Ethics Marshal International, an NGO has advocated for a stringent penalty for violators of examination malpractices in the country.

Mr Ike Onyechere, Founder of the organisation disclosed this in Abuja on Friday at the Launch of Online Exam Ethics Marshals Integrity Certification Course and Induction of new Marshals.

Onyechere said that malpractices must first be checked at the level of educational institutions before the ripple effect would be felt in other sector.

“ One of the problem of exam malpractice is that we are not strong enough to sanction those caught in the act.

“ We need to understand that every such as unemployment, underdevelopment, corruption, breakdown of security, amongst others are anchored on exam malpractices.

“ And until moral values and ethical standards are built, we cannot fix the problems of exam malpractices.

“We need to begin to raise competent and ethical friendly professionals in every field. It is like a circle every year when examination bodies announces the number of violators of examination malpractices,” he said.

Onyechere added that the induction of over 20 new marshals was to raise revolutionary warriors that would defend the ethics and integrity of the education sector.

He said that this number would bring the number of marshals to over 100,000 in its last 25 years of existence as a movement.

Meanwhile, Prof. Josiah Ajiboye, Registrar, Teachers Registration Council of Nigeria (TRCN) said that there was need to eradicate completely the menace of exam malpractices in the society.

Ajiboye, who was represented by Dr Jacinta Ametepe-Ogboso, Acting Director, Certification and Licensing Department, TRCN, called for the integration of marshals into school systems.

“ Exam malpractices is affecting the quality of the product of educational system.

“I believe that this certification is important if integrated into the school system right from the basic class when a children begin to known the importance of value of doing the right thing early enough.

“ They will earn their certificate through hard work which will make them independent of their studies and become more creative and innovative rather than cutting corners.

“ If you have many children who are marshals in the primary schools, they will influence their colleagues and instill the values and moral in the educational system,” he said.

He also noted that the council had introduced he teachers investigating panel which had brought about transformation to teaching practice in the country.

He added that it had also put in place a model to check examination malpractices and as well to ensure that impersonation was dealt with.

He, therefore, charged the newly inducted marshals to be proactive while discharging their duties and as well serve as model to fight any form of malpractice in the system.