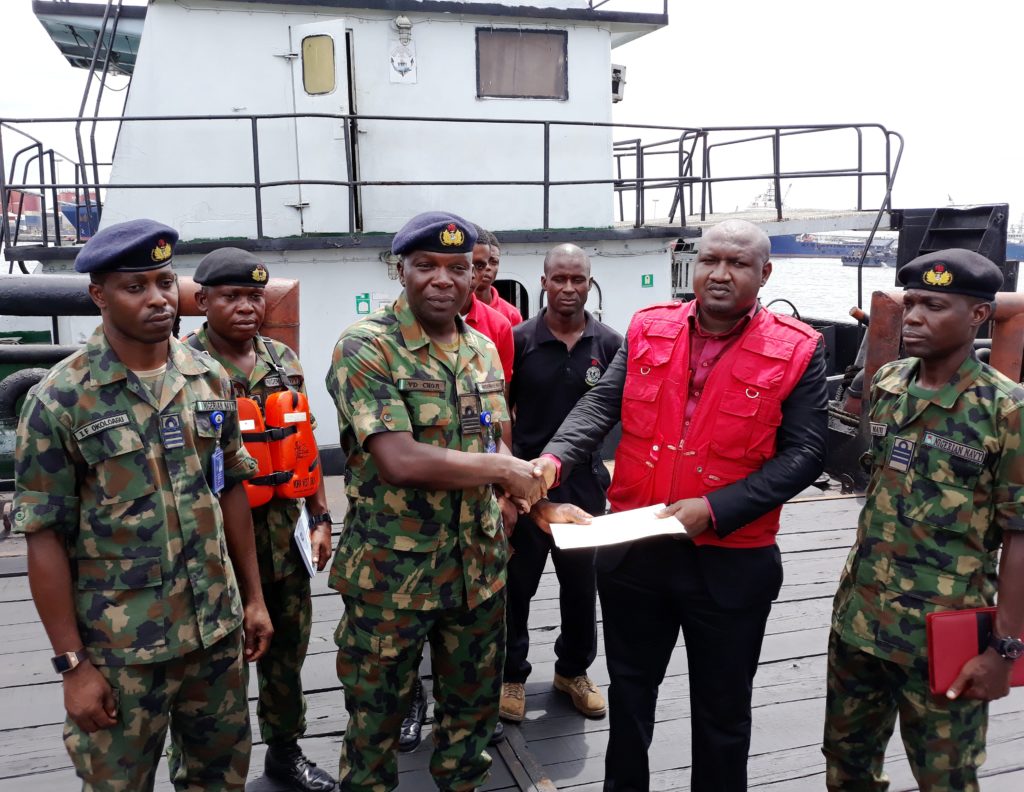 He said that the vessel, MV Nazarene, barge and wooden boat were intercepted in the late hours of April 20 by troops on a routine patrol of waterways.

He added that “the vessel, MV Nazarene, was caught in the act by our patrol elements trans-shipping suspected illegally refined diesel from a barge, DP 28, and a wooden boat at about 2300 hours.

“MV Nazarene was seized with 300,000 litres of petroleum product suspected to be illegally refined diesel.

“The 11 all-male crew members of the vessel were subsequently arrested and they have been in our custody as preliminary investigation had commenced.”

He said that troops on boarding the vessel found out that the security personnel did not have permission to escort the vessel at the time of seizure.

He, however, declined to reveal the identity of the security agency that provided the illegal escort to the vessel.

He said “MV Asha was seized on March 29 at Onne waterways with 11 crewmen on board. The vessel and crewmen have been in our custody because their motive is still not clear.

“The vessel was arrested with six security personnel that were not under any authority to escort the vessel, thereby, contradicting the Harmonised Standard Operating Procedure (HSOP).

The officer added that any individual or group that wished to lift and load petroleum products legitimately at sea must first seek clearance from navy before carrying out such business.

He said the navy was resolute to ensuring that crimes and criminality within the state maritime environment were frustrated to allow legitimate social and commercial activities to thrive.

The naval officer handed over the vessels, barge, wooden boat and 23 suspects to operatives of the Economic and Financial Crimes Commission (EFCC) for further investigation.