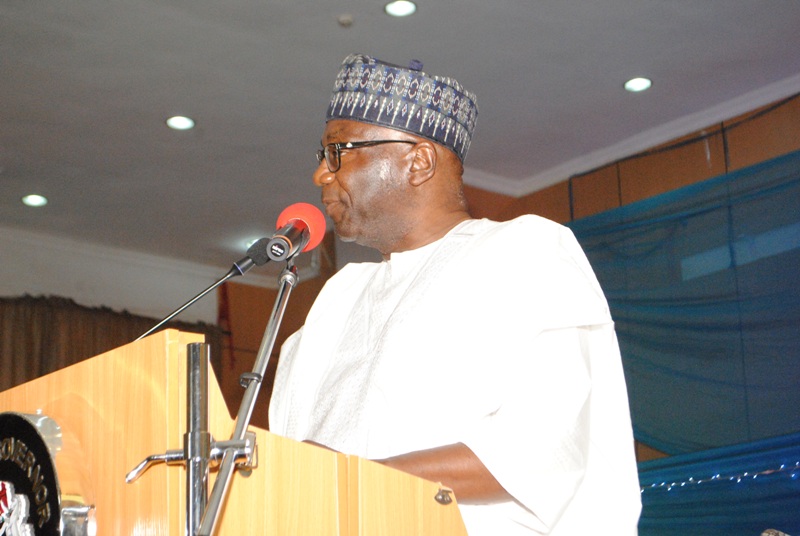 Women from various backgrounds in Kwara state has added their voice to numerous supporters declaring for Governor AbdulRahman AbdulRazaq as thousand of them on Tuesday passed a vote of confidence in his leadership over Kwara State.

The women from women in politics, business, entertainment and sports all gathered to commend Governor AbdulRahman AbdulRazaq for his first-of-a-kind rank gender inclusive believe women as expressed in political appointments and programmes designed to lift women out of poverty line.

At a rally held organized  by the special assistant to the Governor on Women empowerment Hajia Bolanle Ismail, gathered in their thousands at the Kwara State Stadium Complex, to express support for the Governor’s gestures which they said were unprecedented in the history of the state, citing his gender-friendly cabinet, social investment programmes, health and education projects and attention to basic amenities that ease things for women.

Beautifully adore in their attires the women were unanimous in their calls for AbdulRazaq to run for another term, having achieved remarkable successes in education, healthcare, road infrastructure, support for farmers and provision of basic amenities in the last two years.

Addressing the mammoth gathering, Commissioner for Women Affairs and Social Development Mrs Deborah Aremu said the administration has made a huge difference in the lives of the people, especially women in Kwara State.

“His Excellency has achieved so much in the past two years. These cut across women inclusion and empowerment, health care, infrastructure, security, welfare, agriculture, environment, sports, arts and culture, capacity building and development as well as social justice,” she said.

“Governor AbdulRazaq’s achievement are visible for all to see. This is true for women as it is for other segments of the state. Apart from gender inclusion, some specific pro-women interventions include signing into law the violence against persons prohibition bill to further create a social support system for victims of sexual and gender-based violence in the state; renovation of children reception centre, establishment of sexual assaults referral centre at Oko-Erin, women empowerment and skill acquisition programme.”

Hajia Bolanle Ismail, for her part, explained that the rally was organised to show support for Governor AbdulRahman AbdulRazaq whom she said had proven to be the most gender friendly governor in Nigeria.

“Governor AbdulRahman AbdulRazaq has gone down in history as the first African leader with the highest number of female cabinet members and political appointees. Over 56% female in the cabinet which is way far over the 35% sought by Beijing declaration,” she observed.

“The Governor has appointed women to head strategic government offices. Also, the appointment of 12 female permanent secretaries remains the highest in the history of the state.

“Dearest Kwara women, it is now time to reciprocate the good gesture of this administration of His Excellency AbdulRahman AbdulRazaq. Kwara women are known for paying good with good. AbdulRazaq’s unprecedented achievements deserve to be acknowledged. Thus, AA deserves a second term. On behalf of Kwara women I say one good term deserves another.”

Dr Shaadat Yetunde Yusuf, another attendee, said the mega rally was to publicly declare women’s support to Governor AbdulRazaq, saying the governor had done extremely well especially in terms of women empowerment and inclusion in the decision making process.

“This is the first time we are having very significant number of women in state cabinet. He recognises us as women. He knows that without women, there cannot be the World. That is why he gives us special recognition. With this mega rally, we are telling him that Kwara women are in full support and we are also telling him that he should come for second term,” she said.

The state Commissioner for Education and Human Capital Development, Hajia Saadatu Modibo Kawu, added: “Governor AbdulRahman AbdulRazaq has been doing great things for women in Kwara State. We have never had it so good for women in the history of the state. This is a first time in the country that you see a governor who gives women special recognition in his cabinet. That is why we owe him our support and we have to celebrate him as well.”

Princess Abolanle Abidemi of the Kwara State Like-minds Women Forum said it was obvious that the administration has given voice to women like no other government in the history of the state and it was only fair to stand by him.

“Whether in the area of gender inclusion or policy measures and programmes that favour women, no fair-minded person will score him low. He has done well and the records are there. Look at the number of our women commissioners, permanent secretaries, top officials, heads of statutory agencies. It has never been so and we are truly grateful,” she said.

“AbdulRahman AbdulRazaq appreciates women and he is very passionate about their welfare especially, widows and the less privileged. He gave us Owo-Isowo, Owo-Arugbo. His passion for the welfare of women is apolitical and he is doing it without any political affiliation.

“So, he deserves the second term if he ever desires that. That is why we organize this mega to tell the world that women who are not politicians are in his support because he deserves a second term.”