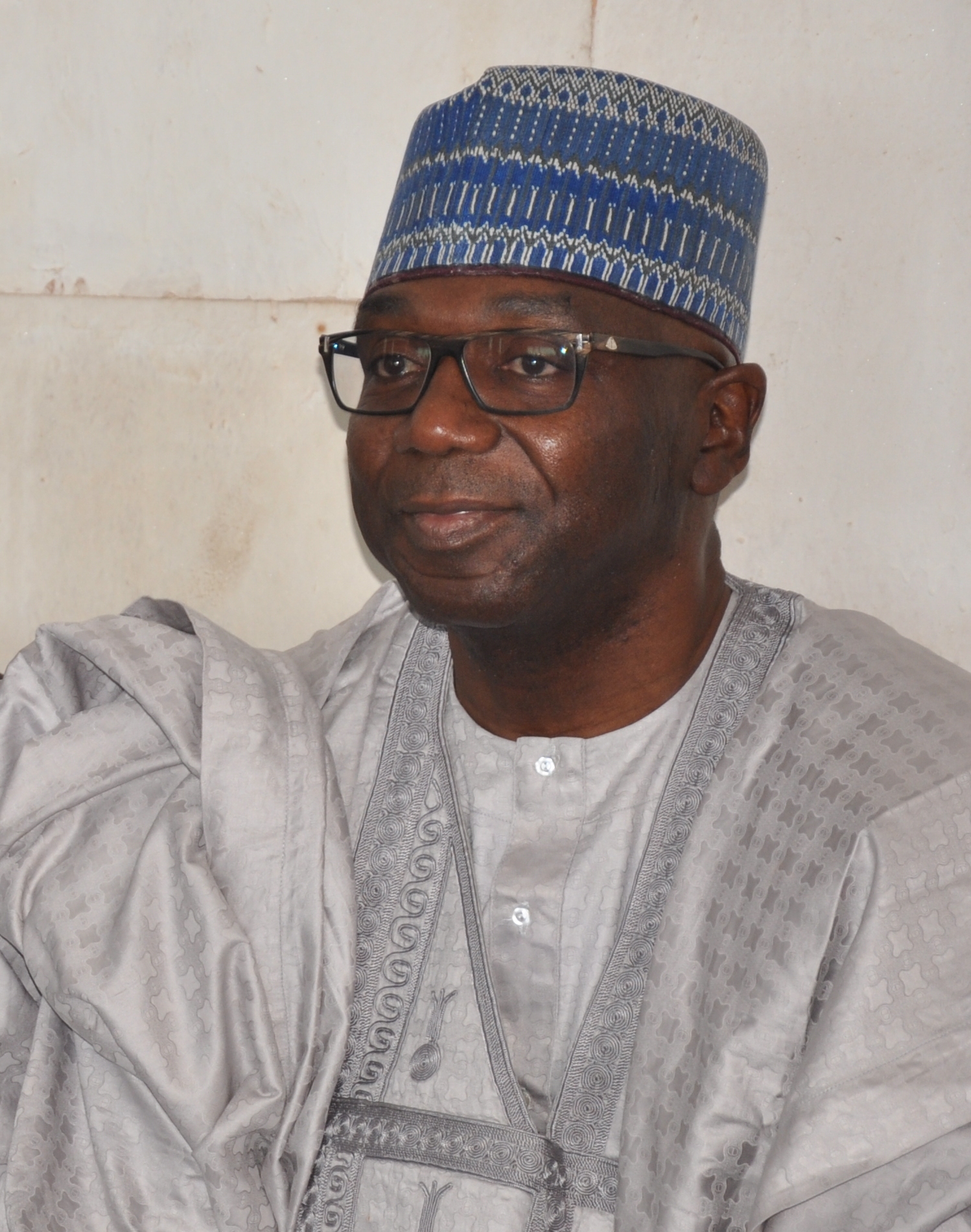 Something is in the offing for the Governor AbdulRahman AbdulRazaq (GAA) day dreaming league in Kwara state. They have started to feel the heat; the heat of the realities of the consequences of what they did in 2019 which has now clearly ricocheted. That, without doubt, could be the only explanation for the latest diatribe from the stable of Rafiu Ajakaiye, the spokesman for the governor, seeking to respond to a media interview granted by Dr. Bukola Saraki way back in October, 2021.

There is no other way to say the truth. That is what the former Senate President said in the interview; that Kwarans were made to read and judge his political system wrongly, based on the power of propaganda and falsehood. Ajakaiye fabricated several reports to reject this claim. Here, I seek to response to his lengthy inane article by reminding him of the false foundation AA used to build his house that is now collapsing on him.

Rafiu, do you remember the several claims on various radio stations alleging without evidence that Saraki, then Senate President, was collecting N2 billion monthly from the federal allocation to the state? That he used to fly down with the money (very illogical, knowing full well no state carries cash around like that) every month and would only go back after his ‘share’ had been deposited. If that was true, it was the crime of the highest order and no credible government should have kept quiet over it, three years after assuming office. A government truly committed to the service of the people should have made every effort to retrieve the money. Unless it was a false claim, which indeed, it was.

What about the claims, first that there is nothing like Shonga Farms, and later that the Farms were owned by Saraki? Three years after, how come a government that has access to all information about everything in the state, would remain silent over the ownership of a state resource, particularly when the alleged owner is the leader of the opposition? What of the Kwara Harmony Diagnostic Centre? Is it no longer owned by Saraki? Where is the ‘servicing’ Tope Daramola who was ‘giving’ Saraki when he was head of the state’s investment agency? What of the unfortunate Offa robbery which we can’t dwell on now because the case is in court? They even at that time made campaign posters about the evil that befell innocent people all in the name of painting Saraki black.

All of these, and many more, were the lies issued out by the APC in the last election against Saraki to lead their ‘O To Ge’ movement. If these were not propaganda and falsehood as claimed by the former Senate President, what then are they in the political lexicon of GAA? But like the saying goes, truth will sooner catch up with falsehood, even if the latter had been on the road for a thousand years. O To Ge’s lies, thanks goodness, have spent only about three years on the road to infamy and the truth has caught up with them, hence the panic. The liars could not live a life of uprightness, even with their own promises. They lied against Saraki and the government, and promised the people freedom when in reality they are the real agents of bondage.

Didn’t they promise to pay minimum wage? Where is it today? Didn’t they promise better security of lives and property? Where is that obtainable in the Kwara of today? Didn’t they promise pensioners their arrears? Didn’t they promise not to sack any worker? Have they not disengaged the “sunset” workers? Where is the openness and transparency they promised to governance? Have they ever held an open, transparent tender for any of the huge contracts awarded? How come, with all the hues and cries that they have not been able to hold a local government election, of course, after illegally dissolving the elected ones, just like they did to other statutory commissions? Kwarans will hold the government accountable on these promises and not on how hard it can attack Saraki who has now become a thorn in the flesh of the ruling party. The kind of acceptance he has garnered among the people must surely give a sore ache to the AA ninja.

This aside: did you read what Mrs Abdulrazaq said in July 2021 when launching a committee on Maternal, Perinatal Death Surveillance and Response? Her words, as per Kwara sets up committee to tackle maternal, child mortality – Healthwise (punchng.com) “It is worthy of note that Nigeria has one of the highest maternal and newborn mortality (death) rates in the world, with over 40,000 maternal deaths occurring yearly.”

Let’s not waste our time on other dubious claims in that statement by Ajakaiye. Humility would have made the administration to acknowledge that after Lagos, Kwara was the second state in Nigeria to embrace the Health Insurance Scheme and that it was an initiative of the Saraki administration like many other noble ones. His successor in office, Dr Abdulfatah Ahmed pushed the programme forward by expanding the scope and setting up the Kwara Health Insurance Scheme. The records are there.

The scheme by Saraki won national and international honours. And the upscale version by Ahmed won praises from national and international figures including Professor Khama Rogo, Lead Health Sector Specialist and Head of the World Bank Group’s Health in Africa Initiative; Kees Storm, Supervisory Board for the Dutch Health Insurance Fund/Pharm Access Group; Aaltje deRoos, a Senior Policy Officer at the Netherlands’ Ministry of Foreign Affairs; Ms. Monique Dolfing-Vogelenzand, CEO of Pharm Access Group; Mr. Michel Deelen, Deputy Ambassador of the Royal Kingdom of the Netherlands to Nigeria and the Executive Secretary, National Health Insurance Scheme, Professor Yusuf Usman. All of these men and women were at the launch of the programme in Ilorin.

An excited Rogo had captured the minds of others at the event when he said in an emotion laden voice: “Now in Kwara you can look after your health without the fear of going into poverty. It is the restoration of dignity to Kwarans because it is in this area of health provision that the rights and privileges of our women and children are tramped upon more than elsewhere. Now, no more shall mothers and children go into health facilities as beggars but as owners and employers of the facility!

“I’m thrilled I’m here; I don’t know what Kwarans do when they are happy. But in Kenya, I know what we do; we dance and run, we run so fast and so far. Kwara is today among the top six states in quality health care in Nigeria and it was for this that the state has been allocated $4 million and out of this $2.5 million has arrived.”

It was at that event that kees Storm named Kwara as the Mecca of Health Insurance in Nigeria and deRoos expressed delight that Kwara now occupies a front row seat in Africa in the area of health insurance. It was at that event that Dolfing-Vogelenzand, shared his joy about the strong leadership commitment that was being celebrated at the occasion. Each commentator praised the political commitment of both Saraki and Ahmed that led to the reality of the day with Rod declaring: “Your governor (Gov Ahmed) has succeeded where many African leaders failed”.

Rafiu, check the files, Bukola Saraki administration signed the Kwara State Primary Health Care Agency bill into law in 2009 for further improvement in the health sector of the state. As that time only three states, Lagos, Kwara and Cross River could boast of the law ; the immunization rate of Kwara state was between 88 to 92 percentage from 2005 till 2019. Records from National Primary Health Care Development Agency is clear.
The records are clear, Kwara state led others in the north-central and fifth in the country in the implementation of the Saving one million life’s program of World Bank in 2016 /17, which allowed the state to access another 1.5.million dollars which your govt is enjoying.

Time is running out. GAA must face the arduous task of governance, stop the lies and stop this crocodile tears. Good and quickly seldom meet.