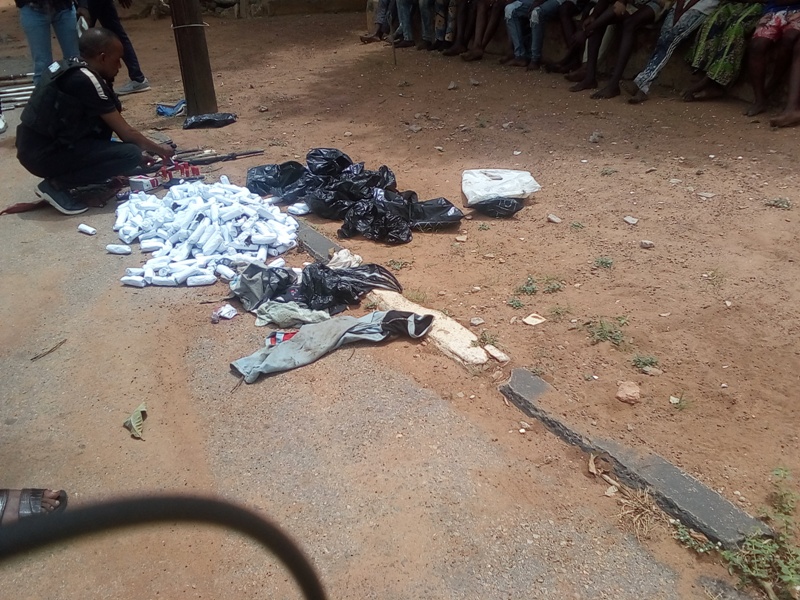 The Kwara state police command on Thursday paraded about sixteenth suspected members of Aye and Eye confraternity after a public disturbance experienced early in the week in Ilorin.

According Commissioner of Police Mr Muhammed Lawal Bagega while briefing the press at the police headquarters over the activities of men of the underworld who had earlier gone on a revenge mission in a rival cult war between the two confraternity at  Oko-Olowo area of Ilorin the Kwara state capital.

The police boss, Bagega emphasized that his command would stop at nothing in employing the instrumentality of community policing which entails proactive and robust intelligence led policing to curb the excesses of the criminals in the society.

The commissioner showcased weapons recovered including charms and other dangerous weapons including guns, machetes, Axe, charms large wrap of weeds suspected to be indian hemp.

He reiterated that the command would collaborate with the relevant agencies to bring crime and criminality to nearest minimum in the state.

Further, the commissioner of police said that the command also raided a criminal hide-out in in Moro local government area of the state where it recovered six pieces of locally fabricated guns to be used by the criminals for their nefarious criminal activities

He also added that efforts are on going those who are on the run among the criminals for possible prosecution of all the suspects and urged the people to volunteer useful information to the police stressing that fighting criminals requires joint effort of all.