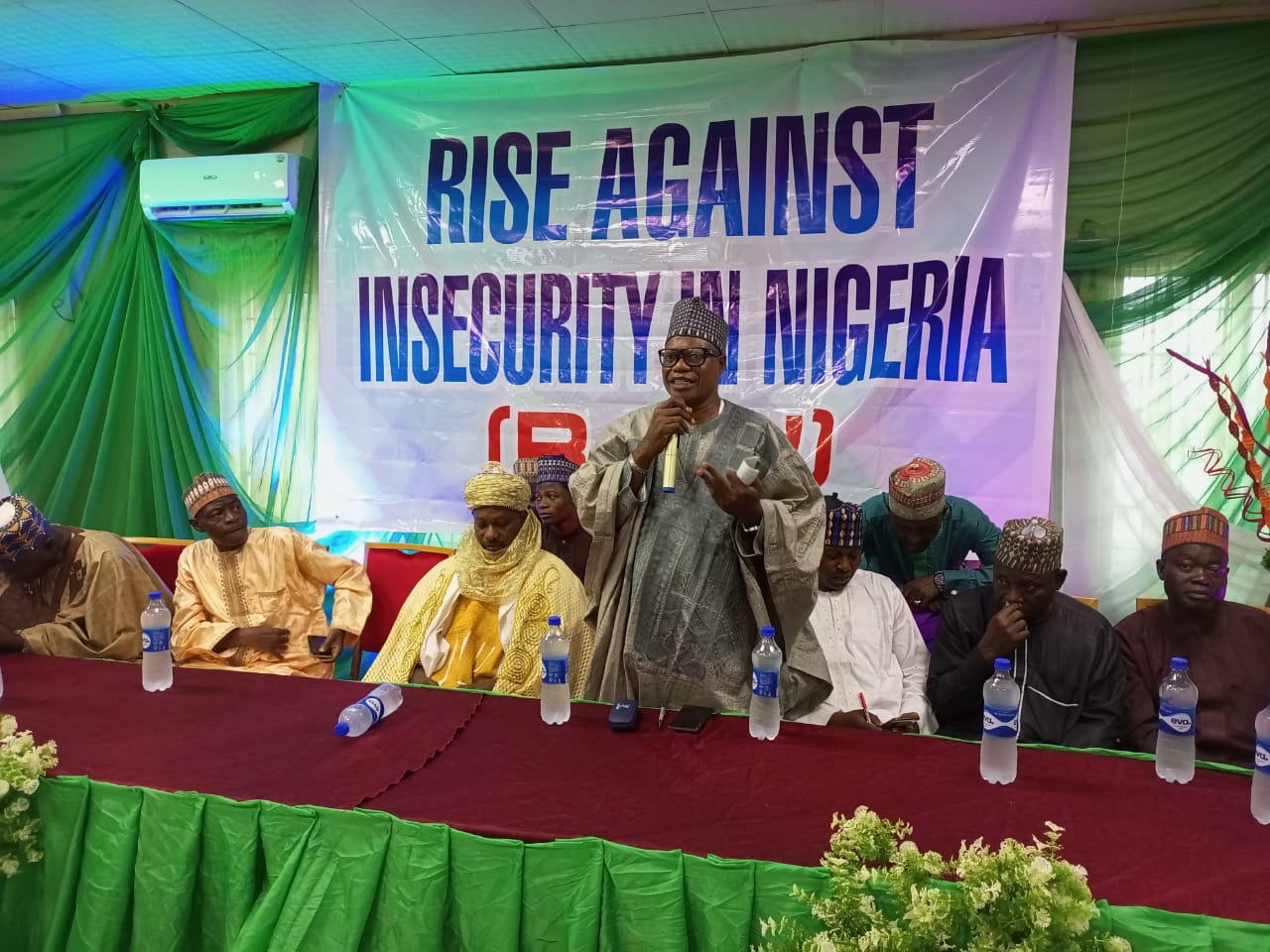 Governor Yahaya Bello’s Presidential ambition gets a boost as Prominent clerics, religious leaders and eminent sons and daughters of Ilorin Emirate in Kwara State gather to express delight in his style of administration saying that if he is President, Nigeria would be a better place.

The group made this call at Peace Hotel in Ilorin on Friday during a special prayer organized for the nation and symposium against Insecurity, convened by religious leaders in the ancient town of Ilorin where the situation in Kogi State under Governor Yahaya Bello was analyzed describing the state as most peaceful in Nigeria.

The Ilorin sons and daughters, while commending Governor Bello, said, “In this regard, we, sons and daughters of Ilorin Emirate, want to single out the Governor of Kogi State, Alhaji Yahaya Bello, for the strategy of involving all indigenes in the fight against insecurity, keeping youths busy with worthy jobs and making the task of securing the state everybody’s business. Other governors, particularly in the North should emulate him”

“We can play politics, but when it comes to the issue of security of lives and property, we must rally round those that are getting it right and also take lessons to make our domains better instead of engaging in acts of sabotage.

“Kogi State was carved out of the old Kwara State and so we can gladly say Bello is one of our beloved sons in whom we are very pleased. The state is bordered by 10 states, yet since the assumption of this young governor, there has been relative peace, calm enough to make it the safest state in the north, if not the safest in Nigeria.”

Participants at the programme reiterated that Governors in Nigeria should adopt the strategy used by Governor Yahaya Bello of Kogi State in tackling insecurity in his state, for the country at large.

The conference was tagged ‘Rise Against Insecurity in Nigeria’ (RAIN).

Dr Mohammed Gambari of the Department of Religious Studies, University of Ilorin, who delivered the keynote address, said the prayers for the country was part of activities marking the Independence anniversary.

He said the fight could not be left in the hands of the state governments or Federal Government alone, noting that everyone must come together to fight and liberate Nigeria from the hands of “aliens who have turned to blood-sucking demons.”

“Together, we must make Nigeria better for our generations yet unborn to live quality lives,” he stated.

Atanda said he had demonstrated the capacity to lead Nigeria effectively in his present position.

He said it was no longer in anyone’s interest to fold arms and watch the daily spilling of blood in the name of terrorism, banditry, kidnapping and other forms of crime and criminality that had almost become the order of the day in Nigeria.

The religious leaders called on all Ilorin descendants, all Kwarans, and indeed all Nigerians, to Rise Against Insecurity in Nigeria and make life unbearable for criminals.

“We also call on politicians and governments at all levels to desist from politicising the issue of insecurity in the interest of all Nigerians,” they said.

Ace Nollywood actor and an indigenes of Ilorin, Chief Adebayo Salami, who spoke at the event, also agreed with all that had been said and added the programme was necessary at this point in time because of the rising insecurity.

He called on everyone to make the fight against insecurity their business.

Prayer for the nation was led by the Imam Gambari of Ilorin, Imam Sulaiman Al-Gambari.