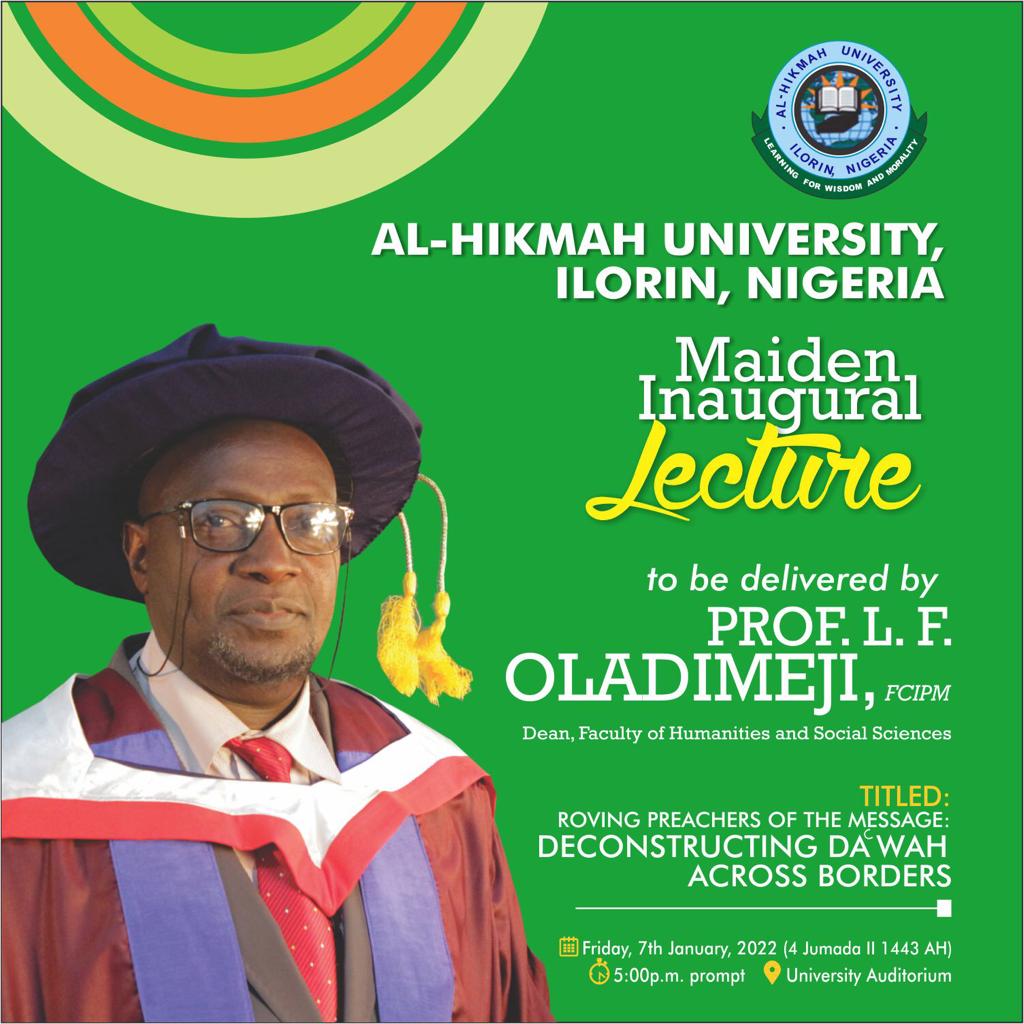 See video of lecture too

Oladimeji, who proved himself an extraordinarily brilliant academic in his lecture, said he dumped plans to study Economics for Islamic studies based on his father’s request.

The don, who has a track record of academic excellence was the sole WAEC candidate in his school who sat for Islamic Religious Knowledge without being thought in school, neither did the school offer IRS as a subject, yet passed excellently

In his lecture, Professor Lateef Folorunsho Oladimeji urged the Nigerian Supreme admonished the Council for Islamic Affairs (NSCIA) to establish a body that will regulate the propagation (Da’wah) of Islam in the country.

He said that the aim is to moderate and regulate the activities of those engaged in da’wah, especially on electronic and social media.

He also enjoined religious and political leaders to relentlessly preach a peaceful lifestyle at all times.

Prof Oladimeji of the Department of Islamic Studies, Al-Hikmah University, Ilorin, Kwara state, said this at the maiden inaugural lecture of the faith-based institution.

His lecture was entitled: ‘Roving preachers of the message: Deconstructing da’wah across borders.’

Said he: “The body should also embark on periodic workshops and seminars for imams and scholars involved in da’wah at state and local government levels. Da’wah is not an all-comers affair. People who have keen interest in the propagation of Islam must be educated, knowledgeable and trained in Islamic sciences. Above all, they should be those imbued with the fear of Allah.

“Religious and political leaders should relentlessly preach a peaceful lifestyle both privately and publicly in order that our nation be returned to peaceful, egalitarian and non-violent society. This will

“The Nigerian Association of teachers of Arabic and Islamic Studies (NATAIS) is collaboration with other reputable Muslim organizations should consider the establishment of diploma-awarding da’wah national institute for the training of personnel, young Muslims male and female Muslims alike on the nitty-gritty of propagation of Islam.”

with modern challenges to equip graduates with necessary tools for the propagation of Islam.”