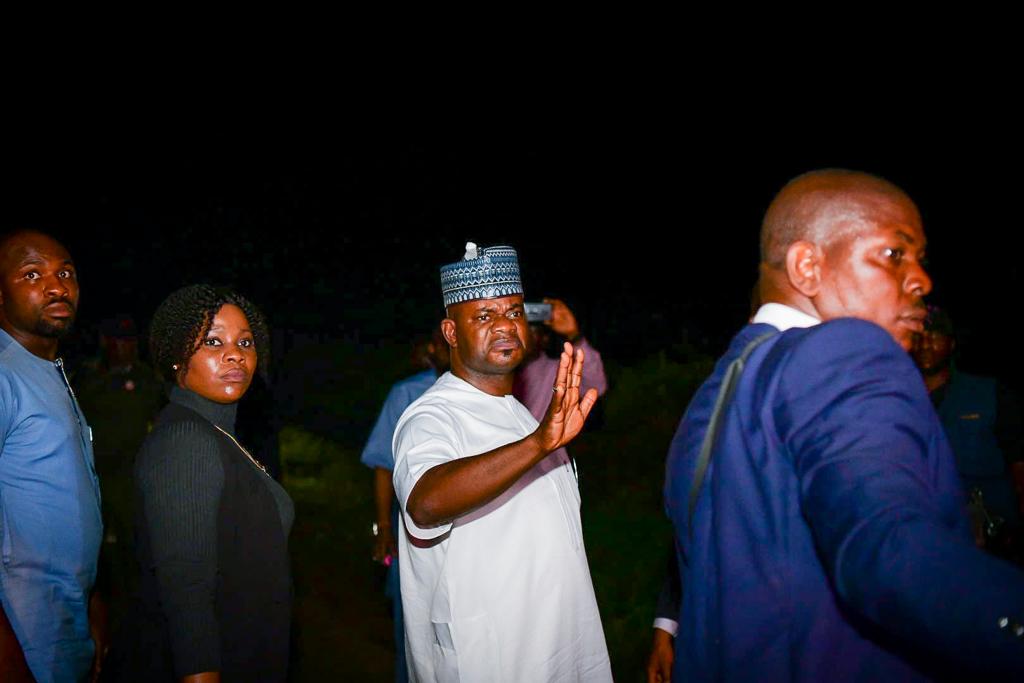 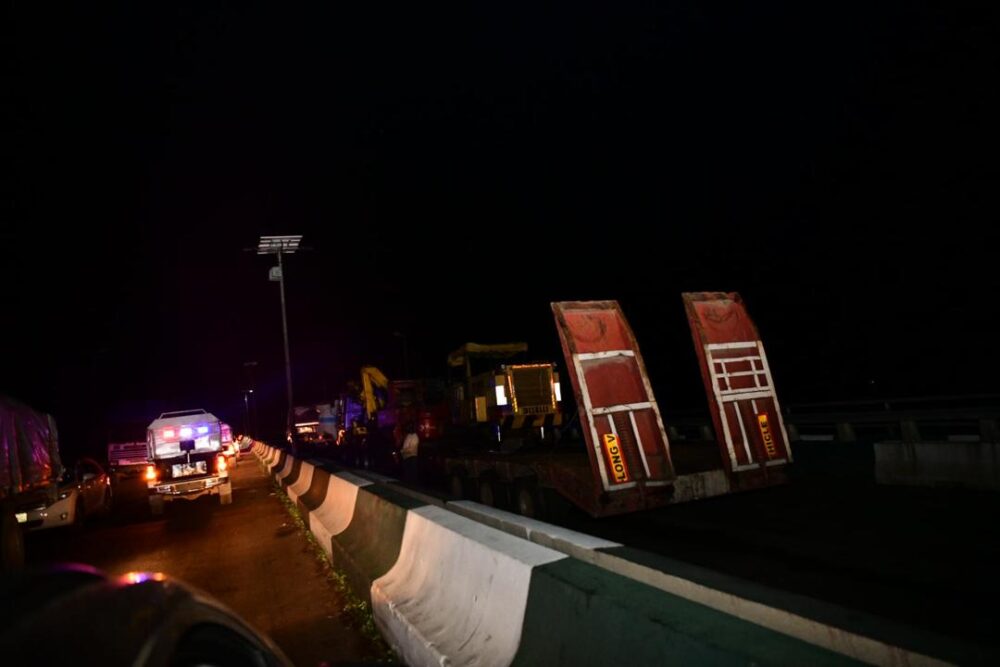 Governor Bello who arrived Jamata area of the state with his security men and some aides, spent more than five hours directing the flow of traffic that has kept travellers at a point since Friday night.

Our reporter gathered that the governor who arrived the scene at about 06.30pm in the evening called other security heads in the state to deploy more personnel to join his security in controlling the traffic. 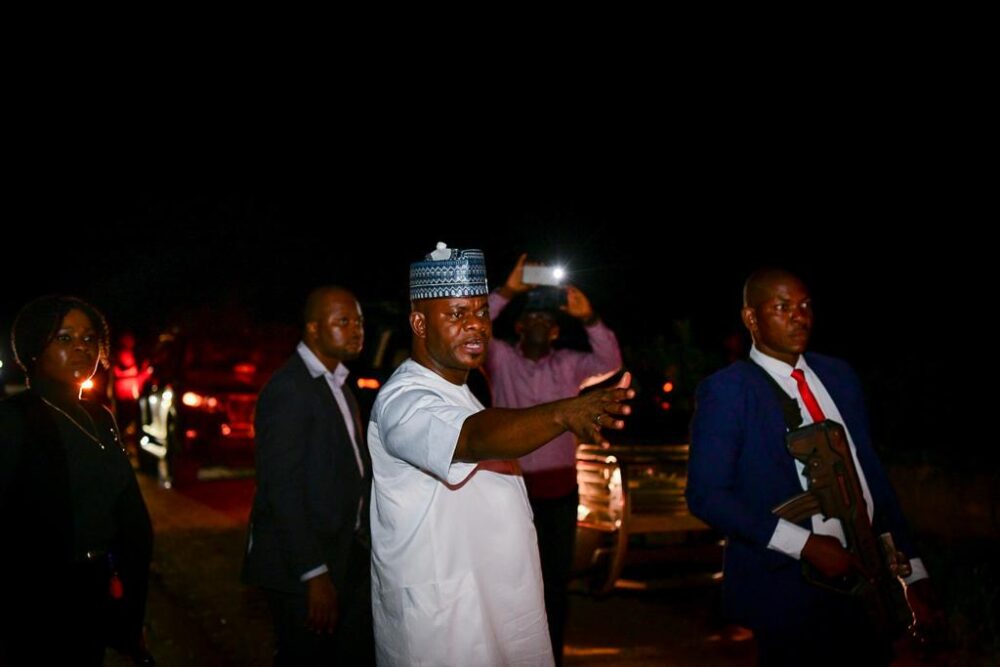 Speaking to our reporter, Governor Bello said his action followed the brief he got on the traffic situation along Lokoja-Abuja road especially between Kpata in Lokoja down to Koto, Kogi/Kotonkarfe local government of the state from his security details on Saturday.

The governor explained that he decided to visit the scene after another briefing on Sunday that travellers were still stranded on the road.

”I was properly briefed about the hardship the commuters have been going through in the last two days on this road. I was told few officers of the FRSC were seen in controlling the traffic and that no vehicle could even move an inch. 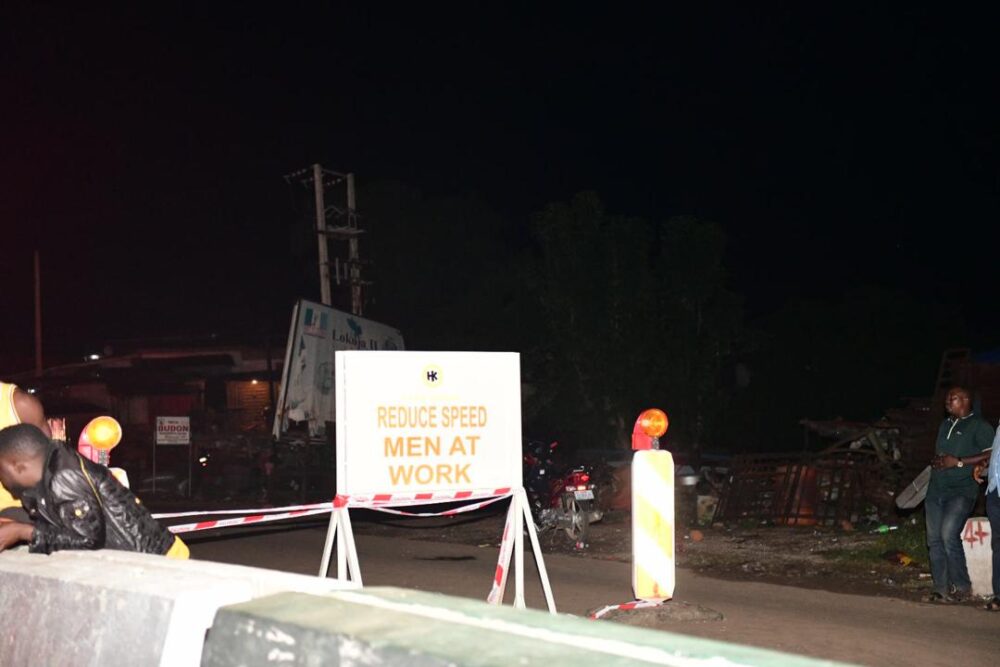 “I have been here since 0645pm and this is 1025pm with some of the officials of the FRSC and other relevant agencies. The good thing is that vehicles are now moving, hopefully,  if the commuters can sustain and maintain this orderliness we have established the gridlock will disappear because disorderliness, impatient are the major causes of this gridlock”, he said.

The governor however criticised slow response to emergency road situation by the officers of the Federal Road Safety Corps (FRSC).

He noted that there was an accident involving two articulated vehicles on a single lane on the bridge while maintenance work was going on the second lane.

He blamed the FRSC for not responding quickly in evacuating the lorries considering the usual heavy daily traffic on the road.

”I understand that one of the lanes of the bridge has been under maintenance and travelers from Lokoja/Abuja were made to use only one lane; unfortunately, two articulated vehicles collided on the single lane resulting in this gridlock”, he said.

The governor was seen commending commuters and drivers for their patience  while urging that relevant agencies should deploy more personnel to ensure quick clearance of the road.

Some passengers who spoke on the development said they were held up by the gridlock for several hours.

They commended the governor for his presence at the scene, noting that without his intervention, no vehicle would have been able to move.

At about 10. 45 pm, officers of the Nigerian Army, Navy, Civil Defence and vigilantee joined the governor and his security personnel in controlling the chaotic traffic.

Lokoja-Abuja road is one of the most busiest roads in Nigeria as it connects the North to the South.