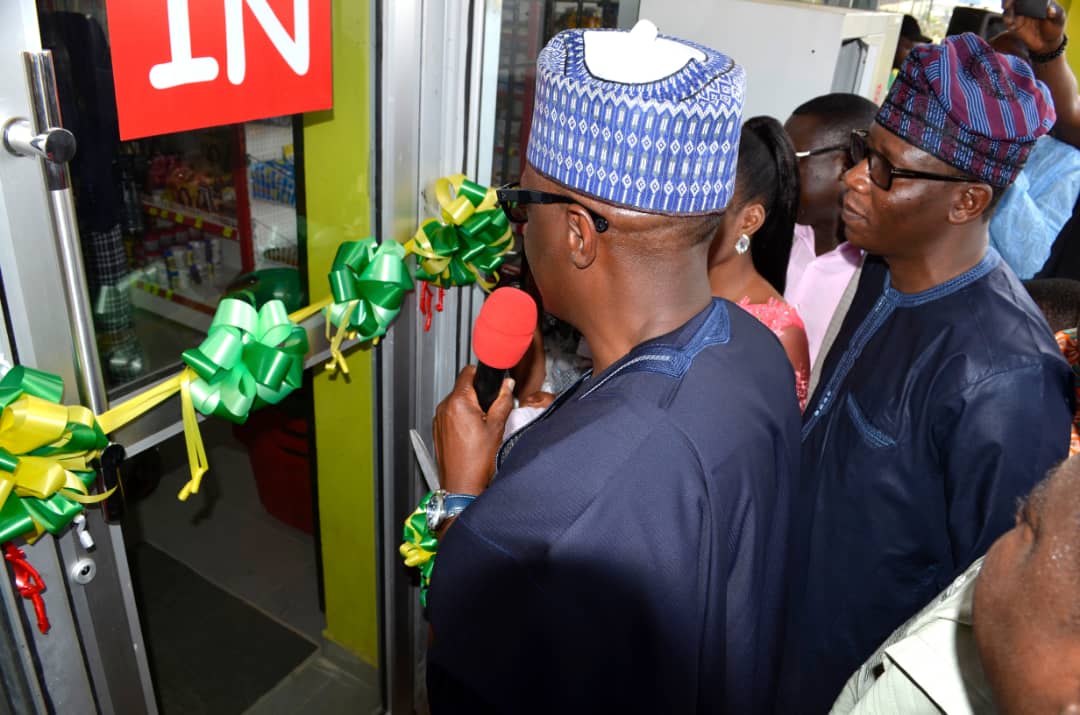 The Kwara State Governor, Alhaji Abdulfatah Ahmed restated the commitment of his administration to create enabling business environment conducive for growth and to give required support to business concerns in the state in their bid provide employment for all job seekers.

He added that small and medium enterprises and the entire private sector have greater platforms from which to provide jobs and national accelerate economic advancement because government alone could not achieve such task.

Ahmed, who led a high powered government delegation to the inauguration of an ultra modern ACE Supermarket and Eatery in Ilorin at the weekend, stated that SMEs are strategic to job and wealth creation as well as in economic development. 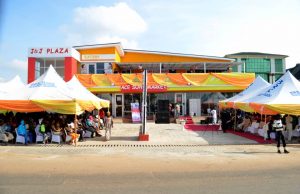 He also pleaded with investors in the state to fulfill their legitimate obligations by paying their taxes through which the government will be able to provide social amenities while lauding the entrepreneur for investing in the state, adding that the business will no doubt create jobs.

In the government entourage was the Secretary to the State Government, Alhaji Isiaka Gold and the Head of Service, Mrs. Susan Modupe Oluwole.

Earlier in hs welcome address, the Managing Director/Chief Executive Officer of Ace Supermarket, Mr. Yinka Afonja expressed that indigenous supermarkets have come to stay in the nation as essentials to daily life.

He stated that indigenous supermarkets could outpace foreign spas in Nigeria, if the indigenous entrepreneurs were provided with such incentives and infrastructure made available by the
Nigerian government to the foreign merchants in the country.

Afonja noted that there are outstanding indigenous business owners who had given credence to the ability of the indigenous players to outpace the foreign actors in the sub-sector adding that that products and services offered by Ace Supermarket were cheaper as a result of its managerial acumen.

He said: “We can compete; you can see a lot of local players doing a lot now and taking these foreign players even in their turf. In our domain, we are doing our best, compare our prizes with theirs; you will agree that we are far better.”

“Many suppliers have known that our payment system is comparatively far better. We do not need to wait for approvals from South Africa or other places before making payments good supplied. We may not have the infrastructure as big as theirs, because they are well aided above us by government but we are doing our best within available resources.”

“Our prices are reasonable because we try to be efficient with our overheads. The most

Important overhead apart from the salary is diesel and generator services. If government can help us with the issue of power we can do better. We can give lower prices to consumers. Government should do something drastic about power. Youths who want to be entrepreneurs must submit themselves to apprenticeship. You need knowledge.”

Speaking on his background as an entrepreneur, he said “I was banker, I started my carrier with Guaranty Trust Bank as a marketer, I later became a branch head in 2004.  In 2005, I was poached by Oceanic Bank and I joined as a branch manager, they accelerated my career. A year down the line, I became a regional manager between 2006 and 2008. Then by 2011, Ecobank bought over Oceanic Bank, I retained my job and I became  career Regional Manager for South West.

Afonja also spoke on how ACE Supermarket eveolved oer the years:“Along the line I started this supermarket as a means to empower my wife. It started as a neighbourhood shop in Akure and we began to manage it. It was not easy when we started at the onset because we did not know the business and a lot of the boys we hired were fraudulent. Along the line I had to take leave of my work and sat there like a month. Then my banking background helped me and I was able to put things in place. The business started flying. When the model started working right, the next thing was to expand and we started a branch in Oyo in 2012,  we opened another branch in Ogbomosho in 2013 and Ile Ife branch in 2014, we also opened a branch in  Oshogbo in 2015. At that point, I knew I could not cope with my job and the business anymore so I retired voluntarily in December  2015.”

“Coming from my banking background, a lot of business will thrive without loans. People think it is loans first, but it is not only about loans as a lot of small and medium entrepreneurs had accessed to loans but defaulted. When I was a banker, I know how we give out loans with good intentions but many of them defaulted. The discipline aspect is lacking in most of the entrepreneurs we have in Nigeria. Sometimes, they bite more than they can chew. Sometimes, they feel they have arrived too early, sometimes all the principles that made them to succeed and that made them look  for loans, they quickly abandon those principles. Most of the times, they look for loans where they are needed.”

“In business what you need first is integrity. Our businesses have been from my cash flows. When we make promises to our workers and suppliers, we live up to our promises.  If you have integrity and you promise to pay, pay as you have promised. Also pay your workers
promptly else you would have a high turnover of workers and your business will grow.
People need to get experience in the business. A lot of people want to become entrepreneurs but they do not want to go through an apprenticeship. Business is very complicated it is not only
about having capital, business is very dynamic and you need to get trained.”