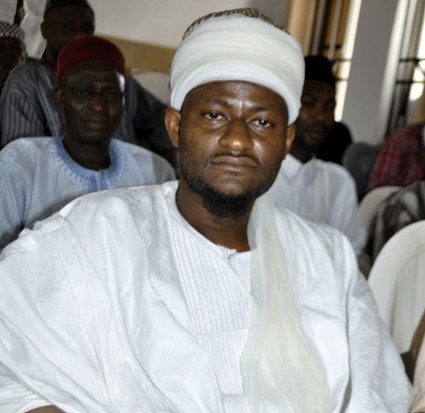 Imam Abubakar Aliyy Kamal of Alhaji Issa Elelu Central Mosque, Murtala Mohammed way in Ilorin has called on all Muslims to strive to work towards achieving paradise in all their ways.

Immam Kamal in his Jumuat sermon on Friday admonished Muslim faithful to seek five basic steps in securing the paradise, which is man’s greatest purpose of coming to this world.

He said that a Sound Knowledge of Allah, Strong Faith (Iman) in Allah, Good deeds, Saying the truth at all times and having patience in whatever situation that they find themselves.

Taking the points one after the other, Imam Kamal said that a good Muslim must first seek to have a Sound Knowledge of  Allah before he can understand how to worship and serve him.

He said a good Muslim must be ready always to learn about Allah in all ways available and possible, by reading the Quran, the Hadiths and books by renowned scholars of Islam and as well as listening to Hutubah (Sermon)   and tapes by Islamic scholars.

He added that Pilgrimage to Mecca on Hajji is also another way of learning about Allah for those who can afford it because as one is praying during Hajji, one will also observe the greatness of Allah from those who had come from all over the world that Mecca is a place of humility, where all comers are treated equally without preference to any particular status or individual.

The Imam also spoke on strong Faith in Allah which he called Iman stating that one who has faith in Allah will readily do all that Allah commanded in the Holy Quran as well as Hadith of his messenger.

He cited the example of the sitting Governor of Kwara State, Alhaji AbdulRahman AbdulRazak, who in his humility rendered himself for service of the people adding that despite his wealth and status made himself available to the commoners.

He added: “I am using the governor as an example is because we had seen him in a deviation from what past governors had been especially in his act of paying a visit to the school for the handicaps, which we hear he does regularly at an interval of twice per week. Doing so, he reckons with those kid as persons created by Allah and that they don’t exist by their own self. This governor also took the budget meeting of the state to the school for the handicapped, what more can he do to give hope to these young ones.

“He also paid a visit to the destitute at Gambari showing them that Allah made them too and recon with them. Such steps is stated in the Hadith of the Holy prophet that we visit the sick in hospitals, give them gifts and to sympathize with the family of the dead and be a part of the Solatul  Janazat, paying visit to the prisons to speak to the inmates and give them the message of hope. All these the governor has been doing.” Imam Kamal added.

To be continued next week