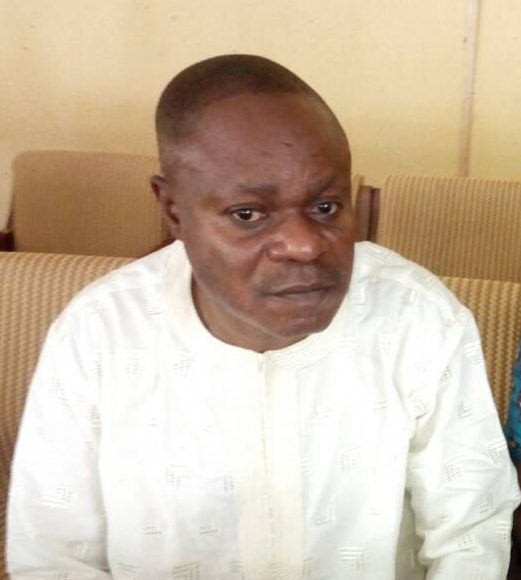 A stalwart of the Peoples Democratic Party (PDP) in Kwara State, Engineer Sunday Adebayo Babalola has announced his defection to the All Progressives Congress(APC).

Babalola, a former PDP governorship aspirant while briefing newsmen on Tuesday at a gathering of his supporters said that he was defecting with his over 20,000 supporters to join forces that will liberate the people of Kwara from the shackles of impoverization they were brought into by bad leadership.

He said: “I have defected with my over 20,000 supporters who belong to several groups across Kwara State. I am involved in partisan politics because I believe that politics is about service to the people. Our dear State, as it is now, needs urgent liberation from the over 45 years of deceit, oppression and primordial politics of  ‘stomach infrastructure’ so that the people can be delivered from a people that has held them hostage and put them in the shackles of poverty and underdevelopment  for so long.”

He expressed the opinion that bad leadership has denied the state of desired governments impact in advancing the wellbeing of the citizens, through the provision of infrastructure and amenities, human capital development and through engendering an environment that is conducive for business growth and expansion.

He alleged: “the state’s resources was not properly managed by the elites especially the oligarchy of Saraki, the current Senate President, who ruled the state for eight years and still pilots the affairs of the state, through cronies including the current Governor of the State, Alhaji Abdulfatah Ahmed. That reign of terror has to be brought to an end.”

He further added: “It is a widely held view that Saraki’s leadership has been widely accused of mismanagement of public resources, which has de-accelerated the growth of the state, such that many other states that were created even over a decade after Kwara State was created in 1967 have overtaken it in terms of development. The level of poverty and infrastructure decay in spite of the volume of the revenues that had accrued to the State over the years, both from the federation allocations and internally generated revenue, is what every well-meaning person should rise up and fight against.

The Engineer turned politician said that Dr. Bukola Saraki who along with his supporters brought the state into poverty and penury cannot turn overnight and claim to be saviours of the people.

In his words: “Saraki who have led the state and its people into penury, poverty, anguish, hunger, oppression and retrogression, from APC to the PDP, which he laboured very hard to destroy as a result of his inordinate ambition, it is very clear that I have to move with all my supporters to a political party that is more focused on people development. I find it very difficult to be in the same political party with the major actor or principal, who many people, including I, believe has plunged Kwara State in an abysmal condition.”

Speaking on possible participation in the governorship contest, Babalola said that he has no intention of vying for any political office but rather to support whoever may emerge as the flag bearer of the party with all my heart and my resources.

He further said that political office should be a call to service. “I currently believe that I can help others to achieve as much as possible. I can support them; I will look at the candidate among those aspiring to know who I will support. I will look at their skills, experiences and integrity and know who I will support. People have been calling me to at least go for the Senate.”

“My colleagues and supporters from Kwara North and Kwara South have called me to contest for Kwara South Senatorial seat. What I have done over the years is to be mentoring people so that once we can get them to know their rights, and to know that they are being oppressed, they will then fight for their liberty, then we can get the state out of the doldrums,” he added.

Babalola who lamented the spate of infrastructural decay in Kwara State argued that supporters of Saraki are fond of referring to Shonga Farms,  Diagnostic Centre asking if these are infrastructures?

However, he said: “Let me start from Shonga Farm, when last did you go there? Only one farmer out of the 13 farmers are left. I am not even sure the remaining one is there today. Will you call that an infrastructure that is standing. If you talk of Aviation College, how many Kwara indigenes are attending the aviation school? Is that a necessary infrastructure?”

“The roads for farmers to bring their harvested produce from farms to the markets are not there. Recently somebody sent me a picture where Saraki was covered in mud when he was passing through one of the roads in the state. I said good for him because this is one of the things he caused. These are places that we travel for about six hours instead of few hours on the short distance. I know of places like Baruteen. From Ilesa Baruba to Gwanara is like about 30 kilometres and you spend over six hours going through the road. I cannot even say I want to visit my friends there because it is not going to be easy to go there. Before to travel to Omu-Aran to Ilorin took about 30 minutes but now it takes about one hour 39 minutes and it is not because of vehicular traffic, it is because of bad roads. Basically you can say there is good infrastructure in the state.”