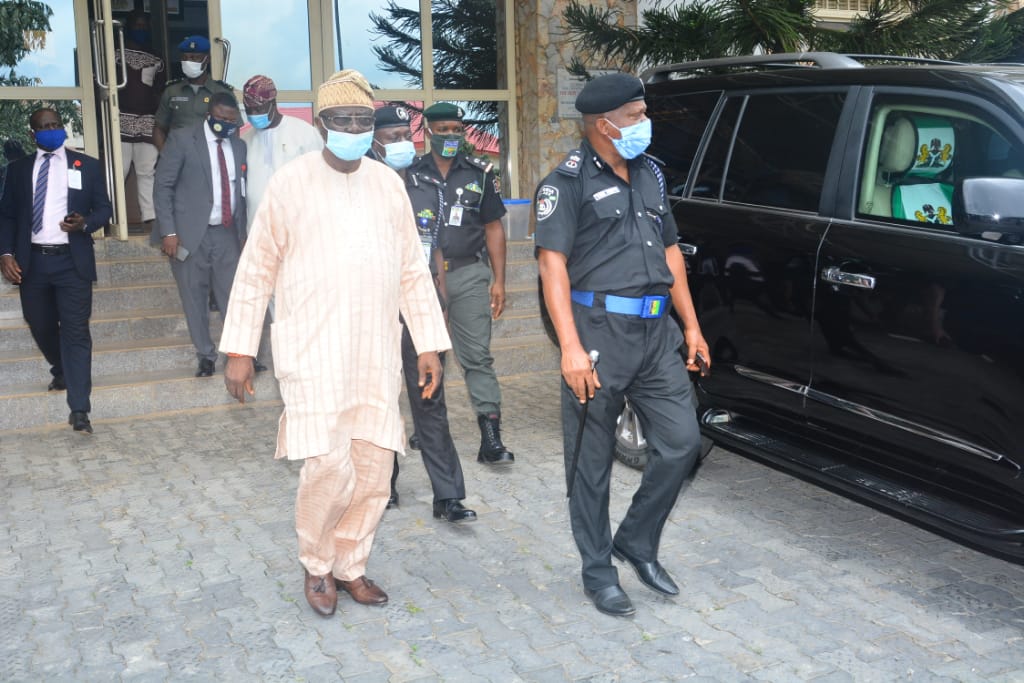 Ekiti State Governor, Dr. Kayode Fayemi, has  called on residents to always provide necessary information that would assist the  police in combatting crime in the State.

Fayemi  made this statement on Monday when the new  Commissioner of Police, Mr. Babatunde Mobayo paid him a courtesy visit on his arrival.

The governor promised adequate support to  the Police boss  to enable him succeed at reducing crime to the barest minimum in order to improve security of lives and property.

The governor said his administration will always work in synergy with the state command not to give any breathing space to criminals within the state boundaries.

The Governor who was represented by the Deputy Governor, Otunba Bisi Egbeyemi, urged members of the public to always volunteer information on criminals and their activities to the police which will be distilled to nip crime in the bud and make the people sleep with their two eyes closed.

While expressing confidence in the ability of the CP to live up to expectation on his new assignment, Fayemi said the immediate past police boss, AIG Amba Asuquo, had spoken flowing about his successor as a professional capable and competent for the job.

The Governor hailed Asuquo for working hard during his tenure by battling criminal activities like robbery and kidnapping to a standstill urging Mobayo to build on the gains and achievements recorded by his predecessor.

Describing Ekiti residents as people who know their rights, Fayemi advised the CP to operate an open door policy by carrying the people along in the task of policing most especially in the area of intelligence gathering.

The Governor who stressed that security of lives and property and crime prevention are joint efforts to be performed by the government, the police and the people stressed that Ekiti land always favour those who work for its peace, progress and prosperity.

Speaking earlier, CP Mobayo explained that the courtesy visit was mainly to familiarise himself with the Governor and other state officials and to seek their support to succeed in the task which brought him to the Land of Hour.

The state number one cop promised to work with other officers of his command to try as much as possible to improve the security architecture of the state which he said cannot be possible without the cooperation of all stakeholders.

While noting that the rate of crime in Ekiti State is relatively low when compared with other states of the federation, Mobayo vowed to take the fight to criminals in their hideouts to make the state safe to live in and for investment.

Mobayo disclosed that the Inspector General of Police, Mr. Mohammed Adamu, has tasked all CPs across the country to adopt community policing as a crime fighting strategy in the grassroots where criminals can be easily tracked and their activities thwarted.

He expressed confidence that with the support of Ekiti residents, criminals will be chased away as the command is better positioned to work with the people to ensure a safe and crime-free state.

The Ekiti police chief also solicited the support of the media which he described as the “eyes and the ears of the people” to collaborate with the command to expose criminal activities and also give publicity to police activities.