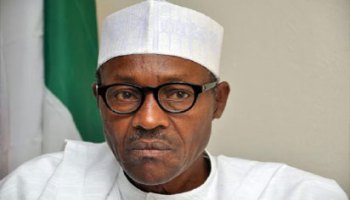 President Muhammadu Buhari has assured Nigerians that the country’s resources would be retained and utilised for the benefit of all citizens, with a strong focus on infrastructure.

Buhari gave the assurance when he received a delegation of Ogoni leaders from the Supreme Council of Ogoni Traditional Rulers, academia, elected leaders of MOSOP and representatives of women and youth groups from Ogoni land in Rivers at the State House, Abuja, on Friday.

The president reiterated his determination never to betray the trust of the citizens of the country no matter the circumstances.

“I assure you that we will honour the trust of Nigerians because we made an undertaking by swearing by the Holy books that we believe in.

“At all levels, we will be accountable, what we realise as revenue, we will try and put into the infrastructure so that majority of Nigerians can benefit.

“If the roads are done, if there is power, then a lot of Nigerians will mind their own businesses, they wouldn’t even mind what the central government is doing.

“But if corruption overtakes the system, there will be problem. It took the intervention of God and technology by having Permanent Voters’ Cards PVC that this administration came into place.

“Previously, election results were awarded by constituency and announced on radio, while people were challenged to go to court;
“a task that was herculean because people were looking for their daily meals, where could they have gotten the money to go to court? So for 16 years this country was mismanaged,” he said.

He said the challenge of infrastructure in Ogoni-land would have been long resolved with more focus and commitment to improving the lives of the people, instead of the award and re-awarding of contracts without implementation.

He also urged the leaders to prevail on their youths and sensitise their communities more on the benefits of the clean-up process, especially with the involvement of the international community.

“Certainly I am aware of the challenges in Ogoni-land. But I want to appeal to you as institutionalized leaders to speak more to the youths.

“With patience, we will prevail together in restoring the environment, especially with involvement of the international community,’’ he said.

The president noted that the degradation of the environment over the years had undermined the economy of the Ogoni people, adding that commercial farming and fishing would pick up after the restoration.

“We are working hard to change the situation. I know that if we had power in the country, many Nigerians will create and face their businesses,’’ he said.

The leader of the delegation, His Royal Majesty King GNK Ogininwa, had earlier commended Buhari for the achievements recorded in restoring security and the economy, while calling for more Federal Government attention on the plight of the people in Ogoni-land.

“Through you, Mr President, we will achieve great things in Ogoni-land,’’ he said.

A member of the delegation, Prof. Walter Ollor, presented a list of the needs of the Ogoni people, which includes a national recognition for the Ogoni 12, which includes Ken Saro-Wiwa, improved security and establishment of a Centre for Environmental Excellence.

The highlight of the event was the conferment of the traditional title of “Meni-Doo-Lenu’’ (the King of doing good things in Ogoni-land) on Buhari by King Ogininwa.