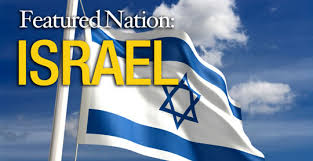 A 738-page book entitled: “The Hebrew Evidence of Nigerian Jews: A Scriptural Insight”, set for public presentation, has unraveled the 12 tribes of Israel in Nigeria.
The Chairman of the book launch committee, Dr Sam Agbogun, disclosed this in a statement made available to the Journalists in Abuja on Friday.
Agbogun said the tribes included those from Northern Israel that were captured by the King of Assyria in 722 BC and the dispersal tribes of Southern Kingdom after the invasion and conquest by the Roman soldiers in 70 AD, led by Vaspasian in the Jewish-Roman war.

According to him, the book unravels the age-long mystery surrounding Igbo people and some other Nigerian tribes.
“The research findings point to the fact that several indigenous Nigerian ethnic groups share common ancestry that is traceable to the lost tribes of Israel and Edom/Iduma – the country of Esau called Edo and Idoma in Nigeria.
“The research also revealed that the Paleo-Hebrew in which the Old Testament Bible was originally written is the same as Igbo language, both in words and dictionary meanings.
“Over 1,000 different Hebrew words, phrases and sentences are recorded in the book to attest to this fact,” he said.
Agbogun said that the book, which would be launched on Sept. 28, was authored by a renowned televangelist, Innocent Agu.
He said that the book described Igbo language as one of the prehistoric languages as it was the same as the Paleo-Hebrew, the original Hebrew language of the Bible.
He said that the work recorded about a thousand ancient Nigerian towns from across the country, which corresponded to the same ancient Israeli/Idumean towns recorded in the Bible.
“Interestingly, while most of the listed towns are located in the Southern and Middle Belt of Nigeria, considerable number is also found in northern Nigeria.
“The author further identified many ethnic groups in Africa that are connected to the nation of Israel.
“He posited that the original people of the nation of Israel were black,” he added.
While tracing the origin of Igbo people of southeastern Nigeria, Agbogun said the author used linguistic and anthropological evidences.
He said that the name Igbo was derived from Eber, the great-grand son of Shem and whose entire race was called Ebeo, Ebo, Ibo or Igbo.
He said that the findings in the book would open a new vista in historical traditions of most Nigerian ethnic groups, while it solved the puzzle that had heralded the Igbo’s origin, tradition and cultural practices.