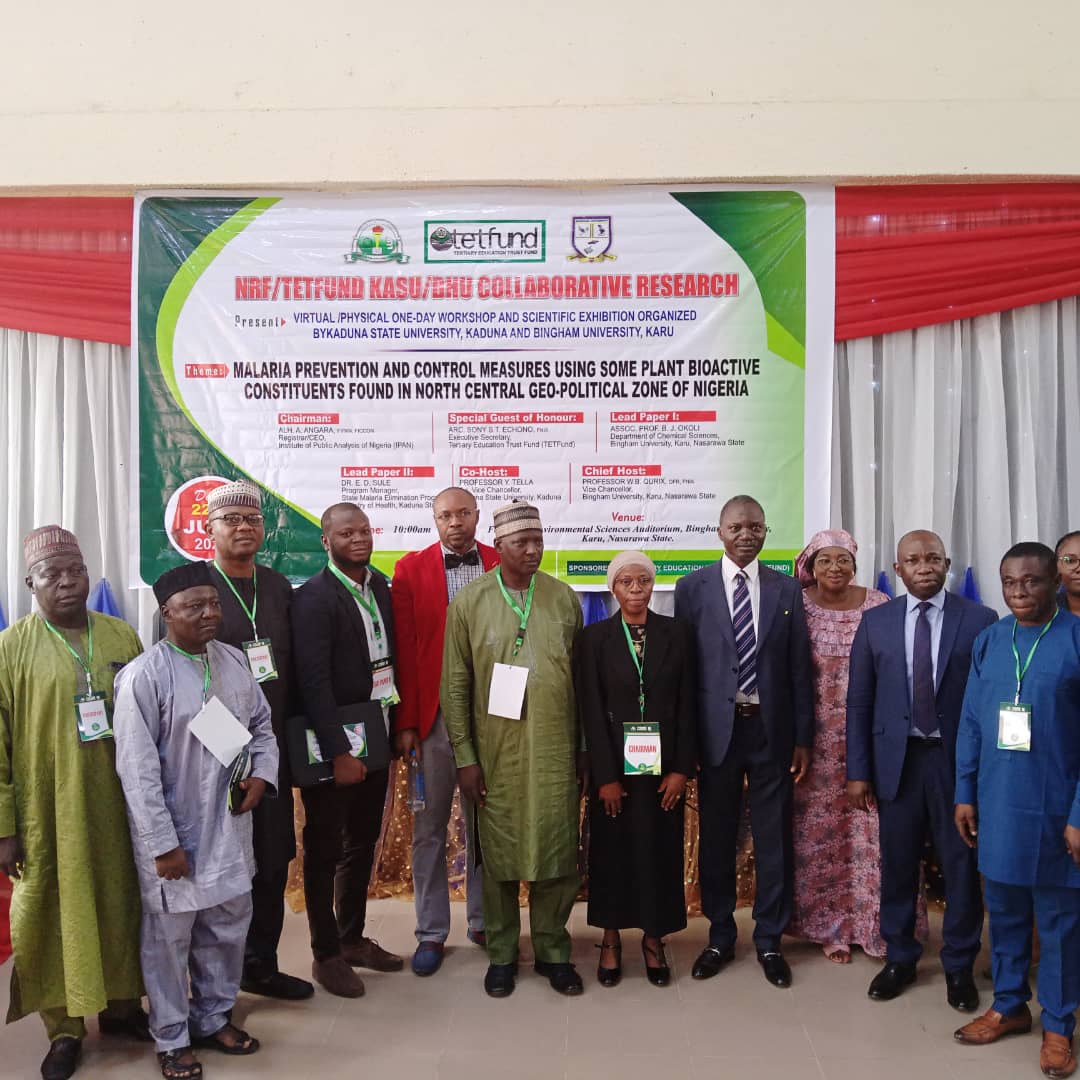 Bingham University, Karu and the Kaduna State University(KASU) have come together to produce an oil repellent for the prevention and control of malaria using some plants bioactive constituents.
The Vice Chancellor, Bingham University, Prof. Williams Qurix, in Nasarawa on Wednesday said that the collaboration between the two universities was apt as it would provide solutions to the prevention of malaria in the country.
Qurix said this at the 2022 Workshop on Malaria Prevention and Control Measures Using Some Plants Bioactive Constituents found in North Central Geo-Political Zones of the country.
The vice chancellor said that universities should focus more on research in addition to teaching so as to solve most of the challenges facing every facet of life.
According to him, all over the world, research, development and innovation drive economic development, economic stability and any institution.
” We in Bingham has since recognised this and we have put down some infrastructure for research. We have established an entrepreneurship unit that is connected to research in the institution to ensure our research see the light of the day.
” We have developed a research policy for the university because we realised that to interface with the world, you need research policy and this has made us to interface with other universities in the country.
” Currently, we have partnership with international universities. We have with the university of Maryland and the Lincoln University and research is at the forefront of this partnerships,” he said.
The vice chancellor thanked the Tertiary Education Trust Fund (TETFund) for providing the two universities with the fund to be able to carry out the research.
He added that through the National Research Fund (NRF) of TETFund, the university was able to establish a 25kg high-powered oil distillation system which had been patented and now moving towards commercialisation.
Also, the Acting Vice Chancellor, Kaduna State University, Prof. Yohanna Tella, said that the research by the two universities had opened up more funding for the KASU saying it had lead to the current undertaking of a research on cancer by the university.
Tella, who was represented by the Director, Research and Development, KASU, Prof. Ben Chindo, called for the extension of the collaboration on other research works.
Meanwhile, Associate Prof. Bamidele Okoli, of the Department of Chemical Sciences, Bingham University, said the research team worked in six different states in north central to produce an oil repellent for the control and prevention of malaria.
Okoli, in a paper presentation titled: “Malaria Prevention: Using the Gift of Nature in the Biocontrol of Anopheles Mosquitoes”, said that the research was done due to the challenges of prevention of malaria in spite of several measures to tackle it.
According to him, malaria occupies a unique place in history as it kick started the modern environmental movement and contributes to the fall of the Roman empire (tagged the Roman fever).
Okoli added that in spite of prevention measure, there were 224 and 227 millions estimated cases in 2015 and 2019 respectively with an estimated 241 million malaria cases recorded in 2020.
He also said that Africa contributes about 95 per cent of all malaria cases in the world and 96 per cent of all malaria death with 80 per cent found among children below five years.
” Nigeria contributes 26.8 per cent of the cases out of the 31.9 per cent death globally in 2020.
” Why do we still have increase in cases of malaria? This is about Africa and Nigeria problems. So, we are trying to look inward and develop an approach to the prevention of malaria.
” So, we decided to focus on plant bioactive constituents which are very strong repellant activities,” he said.
Okoli added that through the research work, the two universities were able to produce an affordable repellent products for effective control of malaria.
” We have been able to stabilise the essential oil from V.Negundo plants and prolong the repellence duration of mosquitoes.
” Our affordable mosquito repellant products will bridge the gap between the global north and south in terms of malaria control.
” Subject to skin sensitivity test, the mosquito repellent fabric will be able to provide protection beyond a restricted area of the house,” he said. (NAN)