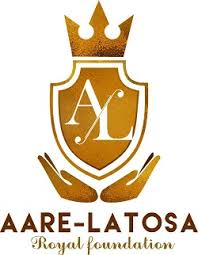 The Araba of Ibadanland and Olu Isese, Chief Ifalere Odegbemi Odegbola has accused Aare Latosa, Chief Adegboyega Mabinuori and a publishing firm, Safari Books Limited of plagiarising and publishing his Ifa book from Yoruba to English language without his consent.

The Araba of Ibadanland while speaking with journalists in Ibadan said that the book ‘Iwe Mimo Ifa Adimula’ (Ohun Enu Olodumare) was originally written by him in 2006 but that he was surprised to see a plagiarised version of the book in circulation, aclaimed to have been authored by Aare Latosa, Chief Adegboyega Mabinuori.

“Going back memory lane, my brother and I started working on the book before he died and after his demise, I was the one that completed the writing. In 2006. I want to state here categorically that Aare Latosa, Chief Adegboyega Mabinuori only assisted me to publish the first edition of the book under the title: ‘Iwe Mimo Ifa Adimula’ (Ohun Enu Olodumare) in Yoruba language. Even to my surprise then, after the publication, he never gave me a dime from the proceeds of the sales, not to talk of any royalty for my intellectual work.”

Chief Ifalere Odegbola added that apart from the fact that his name was not included as the author of the publication, he was also never not paid for putting up the intellectual property before and after the publication of the book.

“However in 2014, and 2019 respectively, the material with added information had since been published and its in a wider circulation in the market in my name. I need to inform that the current published Yorùba version of my book: Ìwé Mímọ́ Ifá: Ẹ̀sìn Àkọ́dá Olódùmarè is already undergoing a full-fledged translation by a renowned scholar, and this is almost out. To my greatest dismay, the Aare Latosa, Chief Adegboyega Mabinuori has gone ahead plagiarising and reproducing my book in English language, claiming authorship by putting his name, without my consent as the original author. I want to inform the general public that the edition in circulation by Chief Mabinuori is a verbertim translated version of my book, from Yoruba to English language.
This is purely academic theft, as he has never consulted me for any right of translation. I frowned at this and hereby seek for justice.”

The Araba of Ibadanland added that the current version published by Safari Books Limited, Ibadan and currently being sold in many bookshops and online now is a plagiarised work from his book. This is without his consent, or any prior rights of translations and sales.

“I’m using this medium to tell the members of the public that I’m the original author of the book: ‘Ìwé Mímọ́ Ifá Ẹsin Àkọ́dá Olódùmarè ‘ in Yoruba language and that a full translation in English language is almost concluded. The translated version published by Safari Books Limited and Aare Latosa, Chief Adegboyega Mabinuori this year 2021 is a plagiarised work without my consent. I am also using this medium to call on him and the Management of Safari Books Limited, Ibadan to desist from such academic theft and disgraceful act by urgently revoking and to stop any further sales of the newly plagiarised translated version of my book. Should the sales of the book continue, both the acclaimed author and his publisher may face the law.”