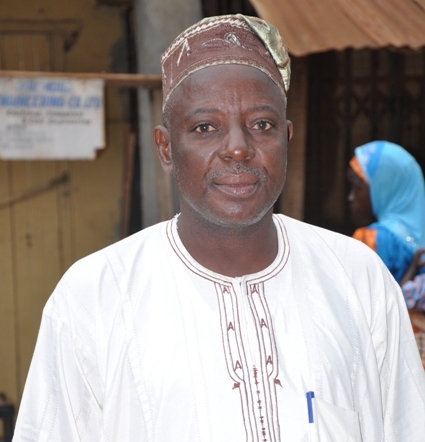 The Coordinator of Oodua People’s Congress, New Era in kwara State, Comrade Bayo Ifabiyi has asked Nigerians to allow the Military do its work to restore peace in the East.

Bayo Ifabiyi who spoke with our correspondent in Ilorin over the weekend said that OPC is aware of the limits of Nigerian Military over the citizens but reiterated that no group of persons has a right to disturb the peace of others.

Speaking after a state emergency meeting with OPC ad-hoc committee on state security, Ifabiyi said: “ We must state that, the Nigerian Army does not have the right to deprive Nigerian citizens of the right to live and because their duty is to protect lives and properties of the Nigerian people, but however, those who agitate for one thing or the other too do not have the right to undermine the Military strength of Nigeria, no matter their grievances. Agitations are expected to be within the ambit of  the law in a peaceful manner devoid of confrontation.”

We hereby urge the Nigerian Army to carry out their duty without infringing on the rights of any law abiding citizen to guarantee peace.

The OPC coordinator also used the opportunity to debunk insinuations that OPC is a Militant organization. He said: “OPC is the identity of Yoruba people all over the globe and the chief aim of the organization is to protect and secure the integrity of its members. OPC does not seek to divide Nigeria but will not open its eyes when Yoruba people are molested somewhere without being able to defend them appropriately. That is why you will see in some places that OPC are engaged as guards over estates, shops, and offices. Our role is to complement the security forces in further securing our people and we call that community police duty. It is mischief makers who are prevented from committing their heinous crimes that seek to tag OPC as being militant. ”

“OPC as an organization had spearheaded socio-cultural programmes across the land as a proof that they are non violent but rather a movement seeking peace and security for its people in a law and abiding manner.

Ifabiyi urged Nigerians to seek the path of unity rather than sabotaging the effort of the President Buhari led APC government adding that the nation’s strength lies in the unity of its people.

He, therefore, urged politicians seeking to make political gains by disrupting the nations peace to fear God and remember the day of judgment.

On the Political developments in Kwara state, Comrade Bayo Ifabiyi said that all politicians should seek to promote peace in Kwara state and the welfare of the people rather than seeking the progress of their party at the expense of the people. He added, “Not all Kwarans are into politics, therefore the politicians should not make life difficult for those who are not playing politics with them.”