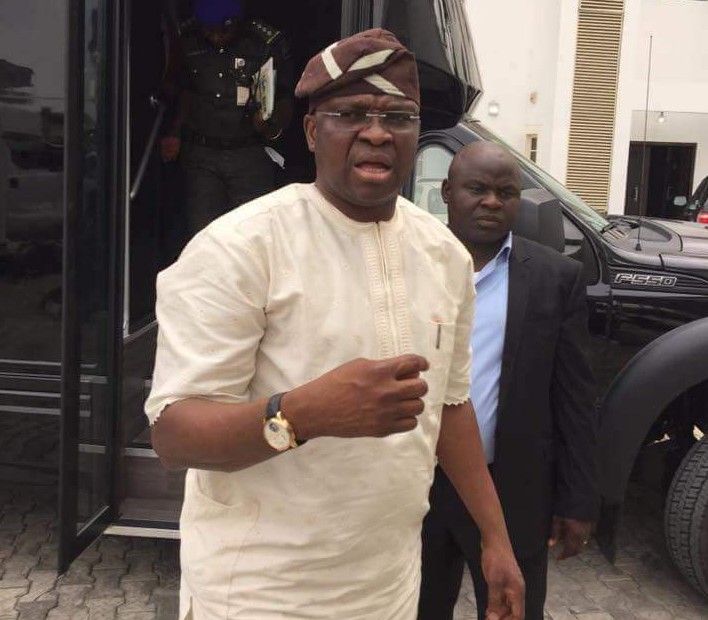 The Ogoga in Council,  a body of royal chiefs of Ikere kingdom of the palace of Ogoga, Oba Adu Adejimi Alagbado, has proscribe the title of Olukere, being held by Ganiu Obasoyin whois being remanded yesterday.

Obasoyin had been remanded in prison custody after his arrest late December, 2017 for allegedly murdering one Femi Kolade  in a reprisal attack on Christmas day.

It was gathered that Obasoyin led a team of his loyalists and some men of the Special Anti-Robbery Squad  (SARS) to a place in Ado Ekiti for a reprisal attack against some suspected thugs who allegedly attacked his new hotel and destroyed some facilities there.

In the course of the reprisal, Kolade, a toilet attendant in Fayose market in Ado Ekiti, was allegedly stabbed to death.

While it was rumoured that the deceased was an armed robbery suspect, his younger brother and graduate of Ekiti State University, Ajibola Kolade denied the rumour in a chat with journalists at the Correspondents chapel in Ado Ekiti, state capital yesterday.

Ajibola, who said though  his elder brother’s untimely death was a huge blow to the family, however added that it should be placed on records that the deceased was neither an armed robber nor a political thug.

” My elder brother was a toilet attendant at the popular Fayose market along Ikere Road in Ado Ekiti. His alias name there was ‘kofem’ and everyone there knows him. He was also in some laundry business. Reventkt he took to poultry business. He was never an armed robber. He wasn’t even at the scene where the attack on the Olukere hotel was carried out. He was just a gentleman who unfortunately was at the scene the reprisal attack was carried out.

“My brother , Femi. was a gentleman. He was a father of two and has a wife. What we learnt about his death was that Olukere brought his men on that Christmas day to where my brother and his friends, with whom he wore same ‘Aso ebi’ , were relaxing and having drinks for the yuletide. They said my deceased’s brother even begged on behalf of those who had offended the Olukere, but he didn’t want to pardon as he allegedly ordered his boys to attack the men, leading to the killing of my brother. My brother has been my benefactor and never hurt a fly in his life, ” he said.

Announcing the proscription of the Olukere chieftaincy title, Secretary to the Ogoga in Council, Chief James Alonge , the Odofin of Ikere Ekiti, who read Ogoga’s address to newsmen at the palace yesterday, said Olukere was never a title in Ikere land. He recalled that the identity recognised for Obasoyin had been the Oloje, a masquerade chieftaincy title given by Ogoga to a chief whose duty is to appease one of the Ikere gods, Olosunta.

He echoed an history told by the Edemo of the town, Pa Solomon Jayeola,  which revealed that Olukere was a name a one time Oloje of Ikere gave himself because he used to gather some fetish materials known in the town as ukere, kere, saying Olukere which Obasoyin represents means: ‘one who gathers ukerekere for fetish purposes and not ‘owner of Ikere’ as can be interpreted in Yoruba.

Alleging that Obasoyin had committed some offences against the law and traditions of the community, Odofin, who equally alleged that the police has been pampering him until recently, read in part: “This is an individual with with no evidence of official recognition or appointment or approval either traditional or from the state government . I  am by the grace of God , the Oba , King of Ikere duly elected by kingmakers through our processes and given the staff of office and Certificate of Appointment and accredited by Ekiti State Government . i do not understand the platform upon which preferential treatment is accorded Obasoyin , a mere priest while the police continue to undermine my authority.

We like to remind you of the alleged criminal breaches of the law by same Ganiu Obasoyin and his cohorts.”