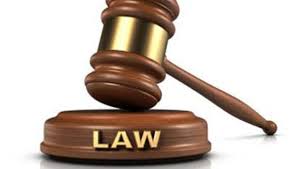 The matter between Nigerian Security and Civil Defence Corps, NSCDC against two Pastors Olumide Peter and Jesulayomi Adetola of Evidence of Christ Fellowship International Church, Ilorin came up again on Monday, the adjourned date for the further hearing in the matter.

However, the proceeding was again stalled as NSCDC counsel, Barrister Kehinde Ajide failed to present a principal witness in the matter as promised at last sitting.

Barrister Kehinde Ajide had presented a hand written note to support his charges against the two defendant pastors facing trial, the note purputedly left by the witness, said to be a student of a tertiary institution in Kwara state.

The matter, which had been before Magistrate I. A. Dasuki since January 2021 instituted by NSCDC against two Pastors Olumide Peter and Jesulayomi Adetola of Evidence of Christ Fellowship International Church on charges borthering on criminal conspiracy, unlawful assembly, accepting money from a foreign based organization, wrongful confinement and putting person in fear of injury in order to commit extortion.

Barrister Ajide, in the course of the proceeding asked for adjournment of matters because of the absence of his witness, Barister Isijola Oyekanmi expressed that he had no objection to the request of his learned colleague but also asked if the Magistrate could compel his colleague to present the said witness by next hearing.

Swiftly the magistrate in a jocular manner said that when it comes to issues of law and adjudication, parties can only talk of possible hearing because only God knows what could happen tomorrow.”

Speaking after court session, the Pastors lament that the court process is affecting their finances because they have to appear from Lagos every adjourned date at a high cost including transport, accommodation and other costs aside time involved, expressing that the seeming delay in the process is pauperizing them.